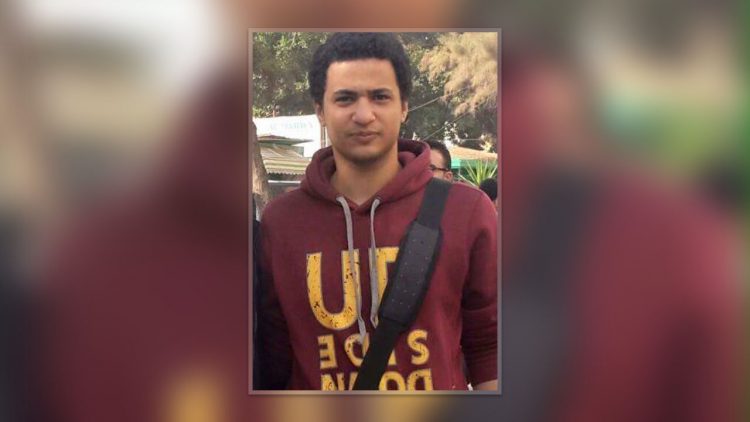 The Egyptian prosecution closed the case of Ain Shams University student Ahmed Kamal, while echoing the narrative initiated by the Ministry of Interior,  claiming that he died while escaping from police personnel that raided a brothel.

Meanwhile, Kamal’s family insists that he was arrested from his house due to a prison sentence he received in absentia. The family added that he was beaten to death.

The prosecution’s investigation, as published by state media, claimed that as the police raided the spa, Kamal jumped out the window, resulting in his death. It added that he had a bag which allegedly included “two unused condoms”.

The prosecution’s investigation acquitted the police from the charge of killing Kamal. It gave three reasons for the closure of the case: “absence of a criminal suspension, the confirmation of a telecommunication company that the victim was present in the spa during the incident, and the testimonies of the witnesses which assert that he jumped from the window upon the arrival of the police.”

Contrary to the narrative of the security apparatus, the family of Kamal accuses the police of arresting and torturing him; a narrative the police refuses.

“The report of the Investigation Bureau said that they found my son’s university ID, his wallet, money, visa card, and an iPhone, while in the prosecution’s report my son had a bag, sunglasses, and two condoms,” Kamal’s father previously told Daily News Egypt.

“He was supposed to start his exams and spend time at his brother’s house in Nasr City. Last Sunday, [28 August] he was arrested,” the father added.

The next morning, the family’s lawyer visited the Nasr City police station and found that Kamal’s body was in the Zeinhom mortuary.