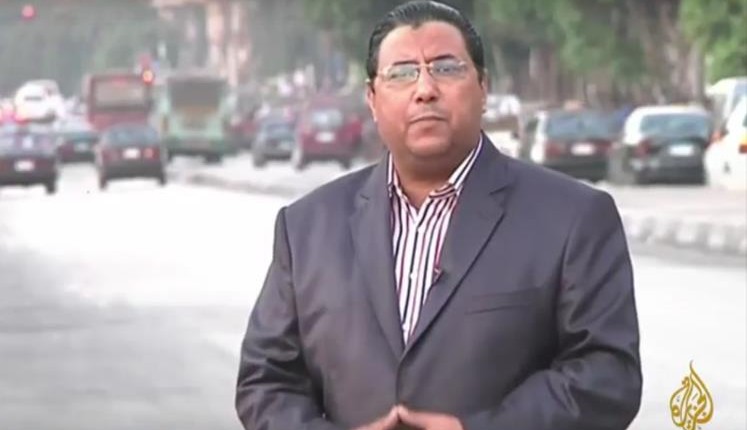 The Ministry of Interior confirmed on Sunday that they had arrested a news producer from Al-Jazeera’s news channel last week. In a statement on Facebook released by the ministry, Hussein was accused of receiving financial support from the Qatari-based news channel to produce false news reports in an attempt to damage the state.

“The state’s security apparatuses received information that officials inside Al-Jazeera channel ordered affiliated co-operators in Egypt to continue carrying out its media plan, which involves the distribution of chaos and violence against state institutions through the issuance of false news and the preparation of fabricated articles, documentaries, and media reports,” the statement read.

“Therefore, and with permission from the prosecution, security forces arrested him in the Giza governorate and seized a number of videos and media-related equipment such as cameras,” the statement added.

On Friday, Al-Jazera released a statement in which they said Hussein had been arrested on Thursday. In the statement the channel said the whereabouts of their news producer was unknown.

Al-Jazeera held Egyptian authorities responsible for Hussein’s safety. The network called on human rights organisations to “defend him”, asserting that “journalism is not a crime”.

Al-Shehab Centre for Human Rights, an Egyptian human rights group, reported that in addition to Hussein, two of his brothers were also detained. The centre said Hussein had been on vacation when security forces allegedly detained him on Tuesday for 15 hours. During this time his passport was allegedly confiscated and his brothers were arrested shortly after.

Al-Jazeera has become a controversial network in Egypt, particularly following the ouster of the former president Mohamed Morsi. Al-Jazeera has been criticised for its apparent bias in favour of the Muslim Brotherhood.

In 2013, following Morsi’s ouster, three Al-Jazeera journalists were arrested in what has been called in the media the “Marriot cell”. The trio were convicted of spreading false news and belonging to the outlawed Muslim Brotherhood. They were eventually pardoned by Al-Sisi in 2015.

The channel produced a documentary last month tackling military conscription in Egypt. The documentary was met with widespread criticism from state institutions and proponents of the army.