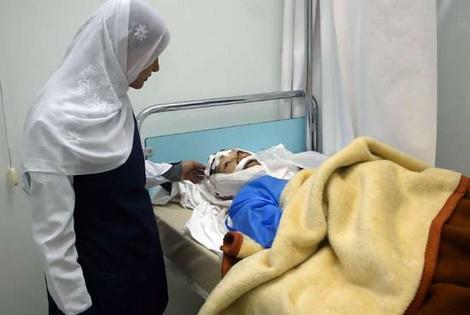 The Ministry of Investment is currently preparing feasibility studies for 75 integrative Takamul hospitals across 16 governorates to be offered for the private sector and civil society, according to Hisham Atta, the assistant minister of health. The feasibility studies come within the government’s plans to restructure those hospitals.

There are a total of 377 hospitals countrywide that are in need of restructuring, but only 75 are ready for the process.

During the opening of a new medical complex in Cairo on Thursday, President Abdel Fattah Al-Sisi demanded that the government restructure those hospitals in order to enhance the efficiency and quality of health services provided to citizens

Atta explained that the president’s instructions for offering a number of integrative hospitals to private sector investors and civil society do not aim to privatise or sell the hospitals. This is in addition to providing integrated medical services to patients in villages and remote areas with nominal fees, which would be a condition of the partnership.

The ministry seeks to operate integrative hospitals in order to promote the health care system, and provide proper medical services to citizens.

The government established integrative hospitals during the 1990s to provide basic health care services to impoverished areas; however, operations came to a halt at most of these hospitals because they were neglected and largely disregarded.

Said Al-Shahed, a financial affairs official at the Ministry of Health, confirmed that they agreed with the Ministry of Investment to offer 75 hospitals to investors. The monetary value of the hospitals according to the initial estimates is roughly EGP 2.2bn.

He said that the remaining hospitals out of the 377 require rehabilitation before they can be offered to investors or cooperation with civil society for them to be developed.

Mohamed Al-Amari, the head of the parliament’s Health Committee, said that they agreed with the minister of health to form committees in each governorate that will include members of parliament the undersecretary in the Ministry of Health, and members of the administration from the technical support division in the Ministry of Health to determine the best mechanism for optimising for the management of hospitals through partnering with the private sector or civil society.

He called for setting controls on partnership agreements with the private sector to ensure that prices will not significantly increase for citizens.

Rashwan Shaaban, the assistant secretary of the Doctors Syndicate, said that the syndicate rejected measures of privatisation because it will increase the price of health services provided to citizens. The syndicate instead called on the state to develop these hospitals.

He added that 377 hospitals need to be restructured, but there are a number of problems preventing them all from being restructured, including legal disputes and dilapidated buildings.
According to sources, those in civil society that want to be partners in this initiative include Misr El Kheir, Baheya, Dar Al Orman charity, and Egyptian Cure Bank.

The Doctor: a biography about determination and womanhood