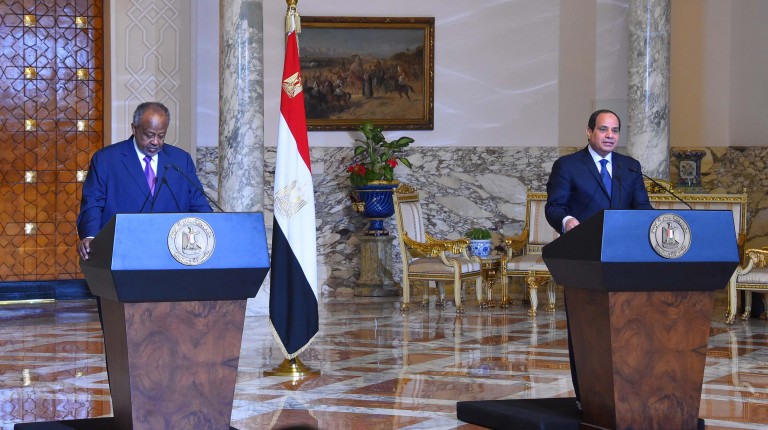 The MoUs included an economic and technical cooperation agreement and another agreement regarding cooperation in the trade field. Following the bilateral meeting, the two presidents held a press conference.

Al-Sisi said during the conference that the bilateral meeting witnessed fruitful and constructive discussions regarding bilateral relations between Egypt and Djibouti. During the meeting, they stressed the importance of enhancing cooperation in the economic and commercial fields and encouraging activities of Egyptian companies in Djibouti.

Al-Sisi further added that Egypt will continue to support Djibouti on all developmental levels, particularly regarding health and education. He went on to say that they both touched upon regional issues of mutual interest. Al-Sisi praised Djibouti’s attempts in achieving peace and stability in the African continent.

The Egyptian president concluded his speech saying that the ties between Egypt and Djibouti are historical and strong. Guelleh arrived in Cairo on Monday and was received by Al-Sisi.