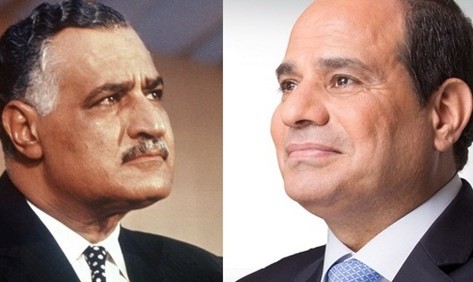 Reforming the public sector and reducing its wages are some of the key elements of the economic reform programme adopted by the Egyptian government, and blessed by the International Monetary Fund (IMF). Yet, according to a study by the Egyptian Center for Economic and Social Rights titled “Changes in the Public Sector Wage Policies from Nasserism until the Civil Service Law,” all these efforts may be in vain.

The study showed that the state adopted a policy of guaranteeing employment for everyone during the era of former president Gamal Abdel Nasser. This had contributed to increasing popular support for the regime in the 1960s, but on the other hand, it paved the way for a financial crisis in the future. Time showed that this was an unsustainable policy that proved to be a challenge for the following regimes, since they had to choose between their popularity on one hand, and reducing spending on public sector wages on the other hand.

According to the study, the dilemma of public sector wages that faced all the following regimes was due to the fact that Abdel Nasser’s regime did not establish a heavy industrial economy, but instead focused on import substitution industrialisation. This created a climate of dependence on bureaucratic administrative jobs and an increase in expenditure on wages not matched by the country’s production.

The study confirms that the state attempted to regulate spending on state employees through the issuance of Law No. 46. The law was overridden by an exceptional legislation law allowing graduates of Al-Azhar, universities, and higher education institutions to be employed in the public sector within two years of graduation without any examination. The wages varied based on academic certifications and degrees. The last fiscal year (FY) of Abdel Nasser’s reign saw governmental expenditure on public sector wages occupy 15% of the state budget.

Later on, Abdel Nasser’s successor Anwar El-Sadat tried at the beginning of his presidential term to reduce government spending on wages by issuing new legislation in 1978, which stipulated that wages are set according to the positions that the state needs to urgently fill, instead of on the academic qualifications. However, he could not stand in the way of the state’s obligation to appoint graduates. He was only able to increase the grace period before hiring graduates to three and a half and five years, according to the study.

During the era of former president Hosni Mubarak, the country witnessed an expansion in spending on public sector wages from 17% at the beginning of his presidency to 23.4% in the early 2000s. This increase came due to political reasons, despite ongoing austerity measures. Mubarak wanted to ensure the passive support of government employees, which he did through maintaining the 1987 legislation while issuing parallel legislations, such as announcing the special allowance wage increase in 1987.

The special allowance wage increase represented an annual boost of the basic wage, which could be added to the basic salary after five years, leading to increased incentives and bonuses. Despite the declining real value of the wages and living standards for employees given Mubarak’s policies, his wage policies guaranteed him a level of political stability for a long time, according to the study.

The same wage policies in Mubarak’s era remained intact after the 25 January Revolution, as workers pressured the government to adopt the minimum wage that allows a decent living standard. The Supreme Council of the Armed Forces issued an additional reward incentive in order to ensure that the allowances make up at least 200% of basic salary.

President Abdel Fattah Al-Sisi issued the Civil Service Law in March 2015 to curb growth in the public sector wage budget and promote a better investment climate. The spending on public sector salaries amounted to a quarter of public expenditures, or more specifically 26.2%, while the government was trying to control the budget deficit.

The Civil Service Law had not been faced by any objections by unions representing government employees. However, when the law was adopted, angry demonstrations broke out against turning the variable salaries system—which was paid as a percentage of the basic salary—to a lump sum which stopped the possible increase in salaries.

Generally, non-civilians are not subject to this law. It also does not apply to university professors, judges, and employees of public bodies that are subject to special regulations, such as the Suez Canal, railroad, and public transportation bodies in Cairo and Alexandria, and the Egyptian Radio and Television Union.

The study said that policies to curb wage growth come under the state’s inability to enforce the maximum salary for public sector wages, after excluding revenue-generating sectors to abide by the Constitution. Egypt’s Constitution states that the maximum wage is only applicable on certain entities in the state, according to the State Council.

In this context, the study showed that expenditures in the security-related sector play the largest role in the increasing wage expenditures in 2016/2017 under the label “public order and safety”. This sector witnessed the largest rate of wage increases, according to Egypt’s general budget.

The state budget at the mercy of Egypt’s security

This sector includes the ministries of the interior and justice, the Prisons Authority, the Constitutional Court, the State Lawsuits Authority, the authority for religious verdicts in Egypt Dar Al-Ifta, the fund allocated to the development of the civil registration system, and real estate registration offices. These entities witnessed a wage increase of EGP 5bn, while the education sector witnessed almost half of this increase with about EGP 2.4bn.

When looking at the state budget of the current FY, great disparity can be traced in the wage growth of several sectors. Wages of workers in the agriculture and fishing sectors increased by 2.3%; health by 4.6%; school and university education by 2.9%; judiciary by 23.8%; police by 9.1%; and tax and customs authorities by 12.3%.

Moreover, the study showed how the wages of the police and judiciary were unaffected by the Civil Service Law. The state had granted officers in 2012 a risk allowance of 30% of the basic wage, and a 20% allowance for civil employees in the Ministry of the Interior, according to the study.

The study found that judges enjoyed exceptional basic salary levels, which are relatively higher than other workers in the state apparatus. A judge’s starting salary is about EGP 9,000 per month, while seasonal rewards contribute significantly to judge’s income. The judiciary also frequently redistributes any financial surpluses in the form of bonuses to its employees.

The study reviewed a number of conditions across the public sector through case studies, which found a clear discrepancy in wage growth. For example, wages increased in the Egyptian Tax Authority by 15.6%, while those of public transportation workers in Alexandria grew by 1.3%, and wages in Giza’s Manpower & Immigration Directorate decreased by 8.5%.

The government had justified the freezing of variable salaries in the Civil Service Law to reduce the differences in employee wages and restructuring the wages policy fairly, according to the study. Minister of Planning Ashraf El-Araby said that any new incentives to be approved after the law would be granted based on the employee’s contribution to public sector revenues, expertise, and working in remote areas.

The study stated: “The government did not give details about which segments will receive these high incentives, and whether they will be subject to the Civil Service Law or not. It also did not specify whether these new incentives will actually be adopted in the first place.” It added that “the minister of planning confirmed that the new wage policy is going to be biased, like its predecessor, in favour of revenue-generating entities that do not provide a direct service to citizens”.

In the same context, advisor to the Minister of Planning Tarek Al-Houssary referred to the continuation of financial favouring for revenue-generating entities. He justified this statement by emphasising how these entities had gained this privilege and that the government cannot take it away from them.

Consequently, the study concludes that any revenue-generating entity in Egypt, such as the Egyptian Tax Authority, is enjoying an exceptional incentive system in comparison to the employees of any bureaucratic body, such as the directorates of the ministries. This in turn leads to some sectors enjoying privileged treatment through legislation other than the Civil Service Law, in addition to the privileges obtained by labour-intensive sectors, such as education or medicine.