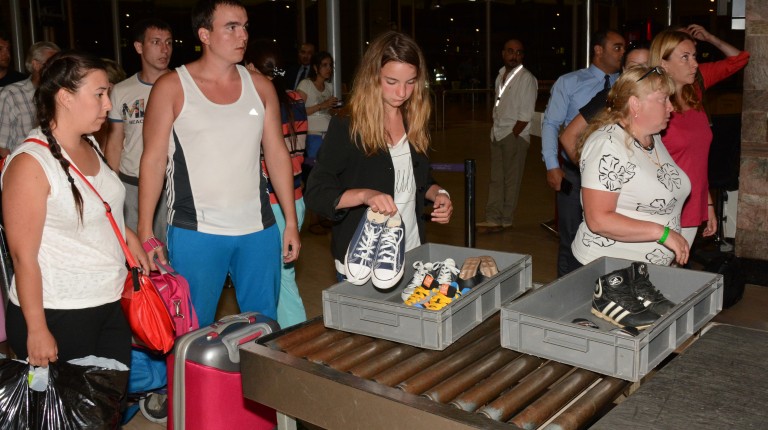 Mohamed Saeed Mahrous, chairperson of the Holding Company for Airports and Air Navigation, said that the company added the employees’ data to the biometric devices after installing them in order to better regulate employee attendance at Sharm El-Sheikh and Hurghada airports.

Biometric devices installed across the airports will allow airport authorities to better monitor the activities of their employees, and automate their entrance and exit of the airport.

Saeed Mahrous said that security systems planned to be installed at Cairo International airport will arrive on 28 January.

A statement issued by the Ministry of Civil Aviation on Tuesday stated that a Russian delegation will arrive in Cairo to inspect security measures at Cairo International airport.

The statement said that the delegation will meet with Civil Aviation Authority officials to inspect the new terminal 2.

Russia is expected to resume its flights to and from Egypt soon, according to the Russian president’s remarks.

The Russian inspection committees asked Egypt to install fingerprint scanners on all doors in order to ensure security at the airport is heightened and personnel movements can be tracked.

Egypt and Russia are seeking to develop a bilateral agreement that includes security measures and protocols that will be followed after resuming air traffic between the two countries.

Russia halted all flights to Egypt after an aeroplane crashed in the Sinai in October last year, killing 224 people onboard.

The minister of civil aviation announced that the state has spent $42m on training and development of security systems at airports.