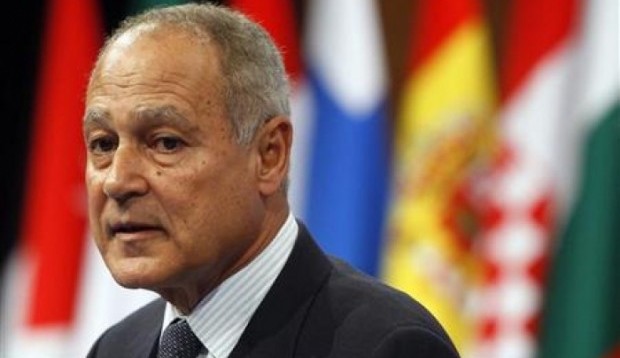 Arab League secretary general Ahmed Aboul-Gheit has sent personal appreciation letters to the foreign ministers of states who are members of the UN security council and voted in favour of the draft resolution that reaffirms the illegality of Israeli settlements within Palestinian lands.

The draft resolution that was passed during a voting session on Friday demanded the immediate and complete cease of building Israeli settlements on Palestinian lands, and considered the settlements that had already been built illegal and a violation of international law.

According to Aboul-Gheit’s spokesperson Mahmoud Afify, the secretary general praised the courageous stances of these states and the unprecedented consensus from the international community on the illegality of the Israeli settlements. Aboul-Gheit further added that the expansion of these settlements will hinder the two-state solution and make it impossible to be reached.

Aboul-Gheit concluded his letters saying that this resolution is a primary step towards a peaceful solution to the Palestinian-Israeli conflict, and that the international community should keep on condemning the illegal acts of Israel and take steady steps towards a final solution during the International Paris Peace Conference to be held in January.

The resolution passed with the approval of 14 member states in the security council. The United States, however, abstained from voting and did not veto the resolution. Israeli prime minister Benjamin Netanyahu claimed that US president Barack Obama orchestrated the resolution and turned down Israel.

The Obama administration’s decision to not veto the resolution was criticised by Israel, US president-elect Donald Trump who is set to take office on 20 January, and democratic and republican figures.

The approved resolution was filed by Senegal, New Zealand, Malaysia, and Venezuela, after Egypt withdrew from filing its resolution and decided not to proceed with a voting session. Egypt claimed that it needed more time to review its resolution and to make sure that the US will not use its veto right.

Another narrative that was also claimed by Egypt was that Trump called Al-Sisi and asked him to backpedal from filing the resolution because Obama was using it to defy the new US administration. Trump promised Al-Sisi that his administration will seek an inclusive solution to the conflict.

During the ministerial meeting that was held in Cairo last week between the foreign ministers of the Arab League countries and the European Union (EU) countries, Aboul-Gheit called on the EU and the international community to block Israel’s attempts of obtaining a membership in the UN security council. He also severely condemned the illegal settlements that Israel keeps on building.