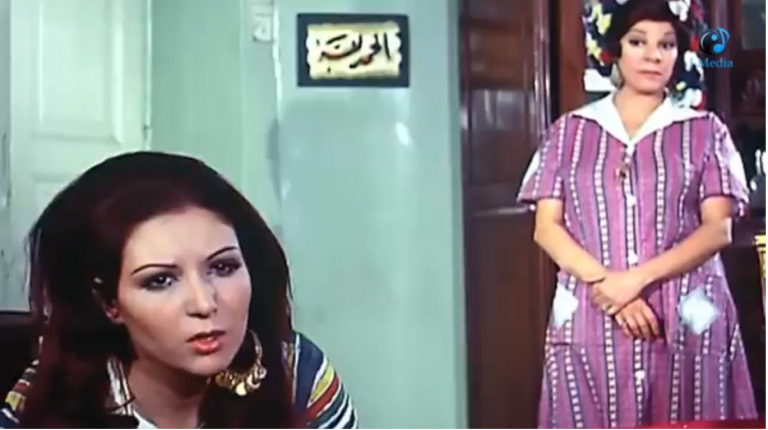 Mahmoud Abou Zaid is a scriptwriter whose body of work belongs to Egypt’s realistic realm of cinema and whose words appealed to the public. Through his films, he tackled critical topics concerning ethics and values, which dealt in large part with the nature of society. He presented his own philosophy in his writings which suited a large audience due to his simple cinematic language that illustrated ideas steeped in reality.

Contrasts and dilemmas—such as science and ignorance, right and wrong, and good and evil—were often repeated in his movies. Yet, he succeeded in not permitting the themes of his films from reflecting too many similarities. These dilemmas manifested Abou Zaid’s own philosophy and his vision concerning reality and life in modern Egyptian society.

Abou Zaid did not shy away from depicting women in his writings. He presented interesting models for liberated and independent women, and empowered them by creating circumstances within his films that allowed them to obtain different victories. Out of these movies, we can tackle and analyse here Al-Ahdan Al-Dafe’a (The Warm Cuddles, 1974) and Khadaatni Emra’ah (A Woman Deceived Me, 1978).

Khadaatni Emra’ah begins with introducing the strength of the female protagonists. We find the two female characters develop during the events of the film. Awatef, who manages a clothing tannery that she inherited after the death of her husband, is a woman who has no formal education and who only extracts knowledge from her life experiences. She maintains financial dominance as a result of her business as well as social ascendancy in her surrounding circles. As the plot develops we discover how unstable such ascendancy is.

On the other hand, we meet Hanaa’, who represents the other side of the coin in his movie. She is a cultured girl, and her social and financial gains are the result of her intellectual independence. She is the type of woman who contributes to her emotional life through forming a role equal to that of her partner.

These two models—Awatef who represents the power of money, and Hanaa’ who represents the power of science—are the two faces of Abou Zaid’s coin in the film. This pattern of writing forms the base of the structure in Abou Zaid’s film scenarios. He resorts to dualities to reach the value he strives to depict in his films. In this film, that duality is embodied in science and ignorance.

Abou Zaid’s thesis appears in the movie with its sequence of events, and it is possible that such a thesis could be interpreted as having more than one meaning. Does he want to discuss the issue between the power of money and the intelligence of science in general, or the triumph of the woman who posseses the science over the one who has never been educated? I lean towards the latter suggestion, given the knowledge and power Hanaa’ was provided with to face her series of complications throughout the film, which does not run parallel to the main male character in the film despite making him and Hanna’ equal with regards to knowledge. Hanaa’ sought to form her personality and intellectual and financial ability through education and work, while Awatef obtained financial ascendancy coincidentally following the death of her husband.

The film’s scenes move quickly between Awatef—who is controlled by ignorance and believes in the falsehood of practicing magic and upholds Zar folk music and sorcery in high belief—and Hanaa’—who works in the field of medicine. Here, Abou Zaid’s symbolism shines in showing the value of medicine, by not the literal meaning, but in the connotation that ignorance can be cured by knowledge.

As the film develops, Awatef seeks to plot against Ahmad (Hanaa’’s partner) to eliminate his scientific position. This position is the value that defeats Awatef’s character in the film. Yet, the one who succeeds in unveiling that evil plan is Hanaa’. She unveils it through logic. Abou Zaid continues to support the strength of pitting logic against ignorance and financial ascendancy.

In such scenes lie the secret of Abou Zaid’s writing, I believe, which is captured in the symbolism in which he depicts his intellect and ethical ideology that work together to let the “right” triumph against the “wrong” in the end.

Al-Ahdan Al-Dafe’a: in defence of women’s freedom against the society’s passivity

Al-Ahdan Al-Dafe’a is on top of Abou Zaid’s films when it comes to representing women’s freedom and independency. It could be considered the most critical film among his filmography and writings. The film presents the issue of women in closed societies, which are controlled by customs and traditions that do not suit even the primitive man.

Abou Zaid accurately drew the psychological traits and personal features of Madiha, the main character. She is an independent woman who makes her own decisions, has a sense of self-confidence, and is rebellious against the nature of reality, which opposes her own nature.

The character’s attributes assert what Abou Zaid wants to depict within her. She is a flight attendant, living away from her family, and has gone through a series of divorces. All of these attributes, when attached to a woman, are frowned upon by society. Through his story, he wanted to prove that women’s liberation does not mean that a woman is wicked or lecherous as others might perceive her.

He resists society’s view of people that it deems inferior, particularly given that such norms and ideas can be found across Egyptian films released during the 1970s and 1980s. Several films from this era depicted cases similar to Madiha’s character from a superficial perspective. Most of the time, such characters were written as a lesson so that other women would not imitate them.

The characters of independent women and those who live alone were presented in a template of obscene behaviour, and it is possible that such a presentation gave viewers a shallow realisation that resulted in a negative view of such female characters.

Abou Zaid’s narrative showed that Madiha grew up in a family that depends on traditions and taboos, as he expressed through his script. However, she, with complete confidence, is able to live freely and walk through life with the experience of a free man in a society bridled by double standards, seeing that men have the full right to practice their lives with complete freedom, but women are not eligible to go through the same experiences. Abou Zaid instead creates a character that is allowed to live a life that suits her, while not being affected by the disturbed ethical inclination of society.

Abou Zaid made Madiha’s character the pilot of a dramatic sequence in incidents, resorting to a writing style that makes the developments and changes happening within the main character the drive behind the reactions in the movie. He allows the strength of the character to lead the film more than the strength of his writing.

The character of Madiha’s friend, who also works as a flight attendant and shares accommodations with her, was slightly disappointing. That friend espouses reactionary ideas about women and grew up in a family that is committed to old traditions. This results in asking axiomatic questions about why this friend would at times agree with Madiha despite their intellectual differences.

It also begs the question: how does her family allow her to live alone while such an idea is not in the same line with the circumstances and environment of her early life. Perhaps Abou Zaid intended that difference between both characters for the contrast that highlights the meaning. We would not be able to appreciate the dissimilarity of his main character and sympathise with her nature without the presence of a character that exists frequently in both reality and cinematic patterns.

At the end of the film, Madiha faces a tragic end as a result of imposed social traditions and the patriarchal character Hassan being affected by those traditions. That tragic end occurs after the family of Hassan, of whom Abou Zaid shaped as an open and liberated character, refused his marriage to a divorced woman. This is embodied within his hesitation between his personal feelings and society’s opinion that women like Madiha are objects used for mere sex that are free of affection. Abou Zaid ends the life of his character in the movie in a voluntarily manner. Her death represents a clash between society’s ignorance and illogical constants.

Abou Zaid presented his female characters with a duality: the right of a woman to feel liberated in society and his desire to depict the strength that resides within women. Such a presentation of female characters has been a rare occurrence from the 1970s until now, as cinematic productions have shifted from predicting true art to a process that lives and dies off financial gains and loss. The precedence of financial gains trumping quality and the value of cinematic productions has become the norm in film making.

We can claim that Abou Zaid’s films share a common element: he depicts conflicts, such as good facing evil or science facing ignorance. He also seeks to present an ethical message to the audience, which is often simple and direct, and not burdened by the ideas he strives to present.

This article is part of the retrospective directed to late scriptwriter Mahmoud Abou Zaid who died this month.

This article was translated by Karim Marzouk