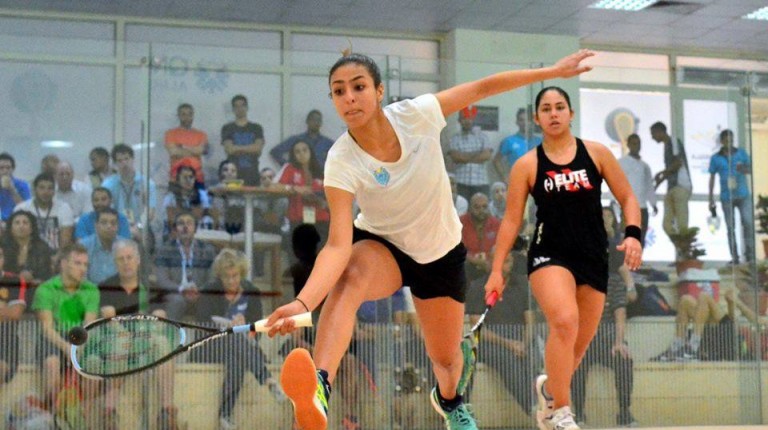 The Gezira Sporting Club on Tuesday celebrated the final matches of the 2016 Gezira Squash Open.

The most important categories were the men’s open and women’s open, as they included Egyptian champions, who are also world champions.

Momen was the champion of the men’s open, after defeating Abdel Gawad by 3-2 in the final.

In the match, they played to determine the third and fourth place of the men’s open. Abdel Meguid defeated Fathy by 3-2.

El-Hammamy, representing Heliopolis Club, was the champion of the women’s open after she won the final match by 3-2 against Mayar Hany, who ended second, and represented Wadi Degla.

At the match to determine the third and fourth place of the women’s open, Abdel Kawy, representing Gezira Club, lost to Salma Hany, representing Smouha Club.

Moving to the juniors’ competitions, Hamza Wesam Hamdy, from the 6th of October branch of the Shooting Club, won the BU11. Amina Mohamed Orfy, from Gezira Club, won the GU11.

As for the BU15, Rojih Alber Nicola, from Smouha Club, was the champion. Sana Mahmoud Ibrahim, representing Shams Club, won the GU15.

Heliopolis club champions stood out at the M+35 and M+45, as Ahmed Emad Ragheb, from Heliopolis Club, and Tarek Mohamed Mahmoud, also from the same club, won the M+35, and M+45, respectively.