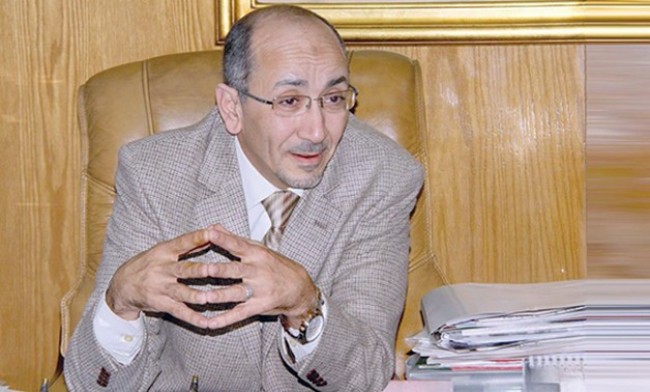 Under the auspices of the Egyptian Chess Federation, presided over by Hesham El-Gendy, the Eastern Company organised and sponsored the Golden Cleopatra International Chess Championship, which was held from 13-21 December. This prestigious championship dates back to 1997.

To know more about the company’s presence in the field of sports, Daily News Egypt met with Mohamed Osman Haroun, head of the Eastern Company’s board of directors.

When did the company start sponsoring the chess championships?

The company started to take part in the sport 25 years ago. Prior to this year’s championship, the last time we held the Golden Cleopatra Chess Championship was about 13 years ago. The company has participated in various chess championships, including Arab and African ones, with great results.

The sport is ethical and prestigious as it requires a high level of mental effort. We wanted to revive our role in the sport and so we hosted an international chess championship at our club last April.

Which countries were represented at the championship?

Around 400 players participated from Egypt, Iraq, Pakistan, Azerbaijan, Russia, Spain, Bulgaria, and Saudi Arabia. Around 20 players withdrew after the attack on the St. Peter and St. Paul Church.

Why did the company choose to support chess?

The company has a great team in the sport which includes members that are ranked internationally. The sport by its very nature is also not violent and very ethical, not to mention prestigious.

Will sponsoring this championship have an impact on your investments?

First of all, I do not want people to equate the company with only producing cigarettes. The company also supports social projects and sports.

Of course it benefits our investments. When investors see that our company is active in many fields, we gain their trust, especially because sporting events positively add to the company’s reputation.

By being active in sporting events and social programmes, investors are encouraged to buy our shares because they feel safe.

Have you seen investor confidence grow as a result?

We saw in many conferences abroad, including ones celebrated in Cape Town and Dubai, how our reputation is viewed positively, and we are well-known among investors worldwide.

Our solid reputation and market performance, combined with our social programmes and our presence in the world of sports were the reasons behind our shares increasing in value from EGP 180 to EGP 287 in August.

Furthermore, our company’s shares depend on investors and shareholders, and as such we are not as deeply impacted by the Egyptian Exchange. We are also considered one of the pillars of Egypt’s public treasury, which also motivates people to buy our shares but carries with it a great responsibility.

Did you consider promoting tourism to Egypt while organising this championship?

Of course, aside from promoting the sport, this championship was meant to attract tourists to Egypt. We chose to celebrate it in December because the weather in Egypt at this time is more enjoyable and it is the Christmas holiday season.

What other benefits does the company gain from being involved in sports?

We also have a hotel with nine rooms to host players. We are working on adding a floor to this hotel, with 12 more rooms. This floor will cost us around EGP 2m. Sports are long-term investments.

How much revenue does the company generate annually from its sporting activities?

The revenues are estimated to be around EGP 10m. This money is used to support various sports. For example, our hockey team is going to Kenya to take part in the African championship, which will cost us around EGP 1m.

How do you allocate the fund for each sporting team at the company?

What are the company’s future projects in the field of sports?

We want to establish swimming pools at our club in order to be able to participate in aquatic sports.