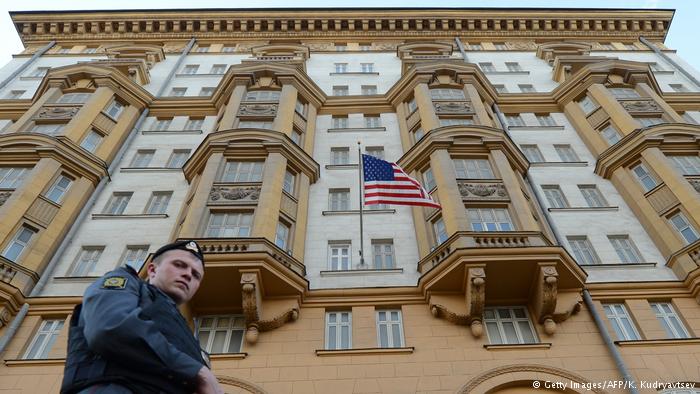 Russian Foreign Minister Sergey Lavrov said at least 35 US diplomats will be expelled from the country, Russian news agencies reported. They include 31 diplomats based in Moscow and 4 others working at the US consulate in St. Petersburg.

US diplomats will also be banned from entering a dacha and warehouse in Moscow, Lavrov added. The measures are expected to be approved by Russian President Vladimir Putin.

“We cannot leave such actions without a response. Reciprocity is the law of diplomacy and international relations,” Lavrov said.

Washington announced its measures on Thursday, stating they were enacted as a reprisal for Moscow’s involvement in undermining the US presidential elections through cyberattacks.

The sanctions against Moscow target the Russian military’s Main Intelligence Directorate (GRU), which allegedly hacked information with the intent to interfere in the US election with the help from the Federal Security Service (FSB).

However, Lavrov on Friday dismissed the allegations of cyber-interference, saying they were baseless. Moscow has consistently denied its involvement in cyber attacks that targeted the Democratic National Committee (DNC).

On Thursday, the US Department of Homeland Security (DHS) and the Federal Bureau of Investigation (FBI) issued a statement following a joint analysis of Russia’s alleged malicious cyber activity during the elections.

“The intelligence community is confident the Russian Government directed the recent compromises of emails from US persons and institutions, including from US political organizations, and that the disclosures of alleged hacked emails on sites like DCLeaks.com and WikiLeaks are consistent with the Russian-directed efforts,” it said.

US President Barack Obama on Thursday said additional retaliatory measures will likely be made, although some may not be publicized. US-Russia relations have soured since Moscow’s illegal annexation of the Crimean Peninsula in an internationally condemned referendum.