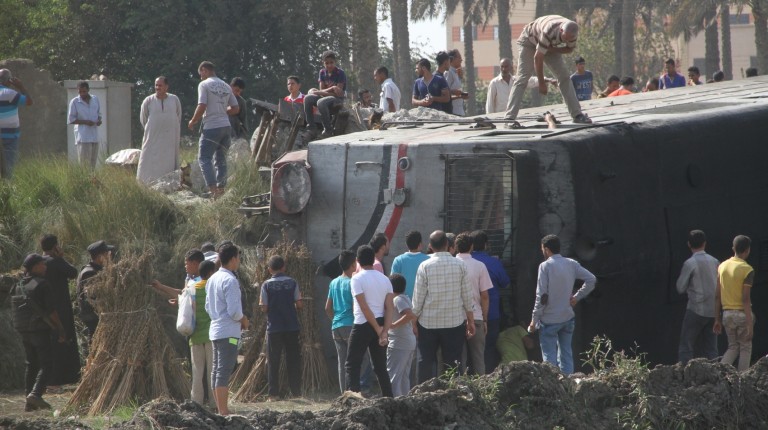 Three people were killed after a train crashed into a car near the train station in Al-Ayyat, Giza.

The train was heading from Cairo to Al-Fayoum governorate when a car unexpectedly crossed the tracks.

This was not the first train accident to take place near Al-Ayyat. In September, five people died and 27 others were injured in a train accident. As a result, Minister of Transportation Gala Said dismissed the deputy head of the Railway Authority, Ashraf Raslan.

Despite Raslan’s removal, there have been several train accidents since.

Throughout the past few years, a number of road accidents have taken place near Al-Ayyat.

The number of deaths resulting from road accidents continues to increase in Egypt. Accidents occur due to poor road infrastructure and insufficient speed control mechanisms.

The Central Agency for Public Mobilisation and Statistics (CAPMAS) said that the number of road accidents in Egypt has increased to 14,500 in 2015—a 1% increase from the previous year. Accidents caused EGP 30.2bn in financial losses last year, according to CAPMAS.