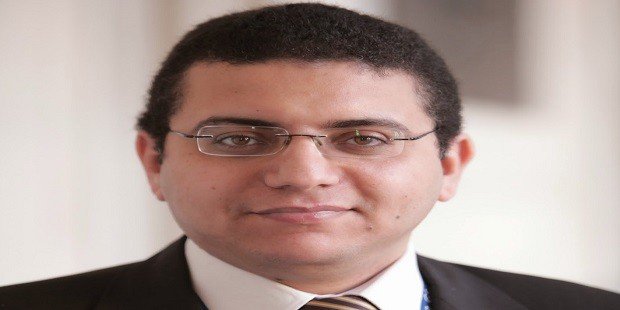 The Giza Criminal Court ordered on Sunday that journalist Ismail Alexandrani’s detention be renewed for an additional 45 days pending investigations.

The prosecution has accused Alexandrani of belonging to the banned Muslim Brotherhood and spreading false information and rumours to terrorise people.

Alexandrani previously denied all the accusations leveled against him, he said that all his publications are products of journalism and based only on facts.

In November 2015, Alexandrani was arrested upon his arrival to Hurghada airport from Berlin after the Egyptian embassy in Berlin issued a memorandum against him.

Following his arrest, several national and international activists and human rights defenders severely criticised his arrest and the Egyptian authorities’ crackdown on journalists and opposition figures.

About 74 university scholars and researchers from different countries demanded that Egyptian authorities release Alexandrani. Also, a number of NGOs and rights organisations launched a campaign in May 2016 after 100 days in prison in solidarity with Alexandrani and demanded his release. He is being held at Cairo’s Tora prison.

Alexandrani, 32, is a socio-political researcher and investigative journalist who has worked at the Paris-based Arab Reform Initiative since 2013. His publications focused on the relationship between state politics and paramilitary groups. He used the Sinai Peninsula as a backdrop for his analysis.

425 civilians tried in military courts in November: Lawyers for Democracy

Press Syndicate calls for the release of 32 jailed journalists