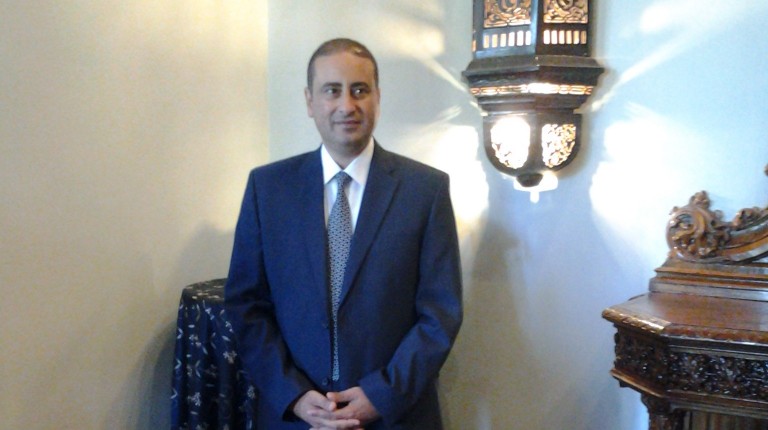 Sayed Behari, the lawyer of the State Council’s former secretary general, told Daily News Egypt that Shalaby was being held in the headquarters of the Administrative Control Authority (ACA) when he died. The reasons behind Shalaby’s death, the lawyer added, are still unknown; however, his client told him the night before his death that if he can commit suicide, he would.

“No one can at this point confirm the cause of death, whether it was suicide or murder,” Behari said, adding that he is waiting on the autopsy report and the prosecution’s investigation. Nevertheless, he said that there were many people who may have wanted Shalaby dead in order to hide evidence of corruption.

“On Saturday and following the resignation of Shalaby from his position as a secretary general of the State Council, he was arrested and brought to the ACA where he was subjected to heavy interrogations that deprived him of sleep for nearly 40 hours,” the lawyer said. “He was in a very poor psychological state.”

The night prior to his death Shalaby had complained to his lawyer about the way in which he was arrested. He said the arrest was illegal because the prosecution had not issued an arrest warrant. “Shalaby was depressed because his arrest was degrading, which is when he told me he would commit suicide if he could,” the lawyer said.

He told his lawyer that he wished he had the opportunity to turn himself in to the authorities, rather than being arrested in such a humiliating way.

Behari stands by the claim that the arrest was illegal. He said he delivered a memorandum to the authorities saying that the arrest was void without a warrant. Shalaby had been arrested in December over bribery allegations, and was being held in custody pending investigations.

Shortly after news broke about Shalaby’s suicide, the prosecutor general announced that a media gag would be placed on the court case in which the secretary general was involved.

On Saturday, the State Council’s administrative board held a meeting in which they unanimously accepted Shalaby’s resignation as secretary general, according to a statement issued by the council.

According to a statement issued by the ACA, the State Council’s secretary general was arrested on the back of a financial bribery case. The council’s purchasing official Gamal El-Laban is a defendant in the case, along with two other businesspeople.