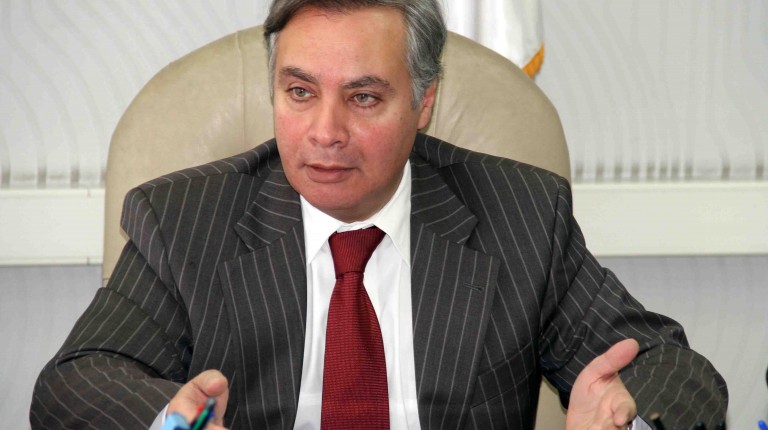 The Egyptian Commercial Service Office (ECS) has designed an ambitious plan to enhance Egypt’s presence in Africa, which Egypt has hedged its bets on for the coming period.

Ahmed Antar, head of the ECS, said that they are currently studying the possibility of taking part in international exhibitions in the African continent, as well as beginning negotiations on the establishment of a permanent exhibition in Djibouti, along with other talks to set up an Egyptian-African free trade zone.

How many commercial offices does ECS intend to open in the coming period, and in which countries?

The Ministry of Trade and Industry prepared a plan to restructure its commercial representation abroad, out of the belief that the coming period requires rapid actions to restore the competitiveness of Egyptian products.

We opened offices across Africa last year in Ghana, Ivory Coast, Uganda, Tanzania. We plan on opening an office in Djibouti in 2017.

What are the motives behind the reconfiguration of the trade representation offices abroad?

The changing economic reality in Egypt and our continuous search for new business partners were our primary motivations behind the preparation of market survey studies.

The studies concluded that closing some offices will not cause harm to the Ministry of Trade and Industry’s plan to increase exports by 10% per year.

What are the main countries that cooperate with Egypt in Africa during 2017?

Kenya in the east, Zambia and Cote d’Ivoire in the west. A delegation from ECS will pay a visit to Cote d’Ivoire during the first half of 2017 to discuss the establishment of a logistics centre there to serve the common relations between the two countries.

What are the obstacles that hinder the process of increasing trade exchange with the countries on the African continent?

This would be mainly caused by the weakness of the banking sector in many African countries—hence, we should find export financing programmes for operations carried out by Egyptian institutions.

The poor infrastructure in many African countries also makes things harder to trade.

In addition, the lack of maritime ports that help the flow of trade in Africa is a challenge, especially since many African countries are landlocked.

There is also the problem of a lack of logistical centres that makes establishing permanent exhibitions for Egyptian products more difficult, limiting our presence.

Is there a trend for the business community to ensure the existence of guarantees to the risk of exporting to the African market?

Business communities are looking for alternative means to achieve a guarantee from exporting to Africa through the Export Credit Guarantee Company of Egypt (ECGE).

Do you believe the African market is best fit for exporting or investing?

Given the large consumption rates in Africa, the market is excellent for exporting, especially as the political problems and infrastructure put a cap on investment opportunities. Yet, African countries call for investments and offer incentives.

Egyptian investments in Africa continue, because we believe in investment opportunities across the continent.

What are the main Egyptian products that compete strongly in Africa?

However, pharmaceutical exports face some problems in accessing African markets driven by the obstacles of registering Egyptian medicine. Some exports are dealing with the problem by signing deals with African countries to enable registering medicine.

Does the focus on the African market mean that Egypt is neglecting other regions such as west Asia?

No, our focus on the African market does not come at the expense of other markets.

What about Ethiopia—will Egypt increase its presence there despite the tension between the two countries?

We are in a state of stillness. But Ethiopia is a state of limited resources. It also has a large population of over 90 million, which makes Egypt’s presence in the market more attractive.

What are the mechanisms followed by ECS to solve the problem of high transportation costs?

Working to make Egypt a leading international trade centre in the Middle East requires work to increase the capacities of Egyptian ports in order to attract more container ships as well as working on the development of logistics capabilities and infrastructure to support this trend.

Commercial offices abroad address the officials of government agencies concerned with the transport sector and the largest shipping companies to urge them to set up regular shipping lines to facilitate the flow of Egyptian exports.

The commercial representation offices also have more activities that directly impact investment in national projects, including training and capacity building.

We are working to increase joint investments with Korea, Japan, and China.

Which commercial representative offices had a role in attracting investments?

The Brussels office follows up on a number of files that are directly related to investment, such as the Euro-Mediterranean cooperation and industrial cooperation.

The promotion of these projects also takes place in the United States and China.

These projects were accepted in France. A delegation of French investors conducted three visits to the New Administrative Capital and the Suez Canal Axis. The investment decision requires more time in order to prepare the necessary studies.

Are you arranging any visits in 2017 to attract international companies?

Yes, there will be visits organised for companies operating in automotive industries, electronics, shipbuilding, yachts, leather, furniture, and textile.

In addition, representatives of non-traditional sectors, such as new and renewable energy, biotechnology, and nanotechnology will also come for visits.

This is done by communicating with foreign companies that want to relocate their factories to Egypt.

What about the United States and European Union markets for Egyptian exports?

The United States and European Union countries are important markets for Egypt and in the field of economic cooperation, especially in the exports sector.

How does the Common Market for Eastern and Southern Africa (COMESA) handle Egyptian exports?

The COMESA is active on 85% of all exports. This leaves only 15% of exports blacklisted, subjected to conditions of each country separately.

Egyptian exports to COMESA countries amounted to $1.7bn in 2015.

What are the obstacles facing the African bloc’s implementation of the agreement signed in June 2015 in Sharm El-Sheikh?

There are no economic obstacles to completing the agreement, but we need political consensus for the implementation of it, in addition to the regular obstacles in dealing with African countries, such as maritime transport, risks of exporting, and the weakness of their banking sectors.

Is there an intention to establish special or permanent international exhibitions in Africa to strengthen the presence of Egyptian products?

Egypt takes part in many exhibitions. There are two in Zambia in April and August. We are also planning to take part in most international exhibitions in Kenya. We are in talks with the General Organization for International Exhibitions & Fairs to establish permanent Egyptian exhibitions in Africa.

Which countries will that plan focus on?

We are going to establish a permanent exhibition in Djibouti. It is a very important country in Africa with a privileged position.

We will meet with business communities and export councils to study the economic payoff of establishing permanent exhibitions.

What about other efforts conducted by your office to improve economic cooperation with Africa?

We are cooperating with commercial agreements officials to discuss establishing an Egyptian-African free trade zone to enhance Egyptian exports.

What is the volume of trade exchanged between Egypt and COMESA in 2015?

The value of Egyptian exports to COMESA member states during 2015 totalled $1.7bn, placing Egypt on top of the rankings of countries that export to COMESA states, with 22% of the sheer bilateral trade.

According to statistics issued by COMESA, the bilateral trade volume between the COMESA countries dropped by 8% in 2015, driven down by the decline in oil prices.

What are the exhibitions attended by ECS in the current year?

We agreed with Senegal that Egypt will come as a guest of honour at the Dakar International Fair (FIDAK) in 2017.

An exhibition of Egyptian products will be held from 13-18 May at the KICC Kenyan exhibition, in cooperation with the General Organization for International Exhibitions & Fairs.

ECS will also take part in two exhibitions in Zambia; one in Ndola, and the second in August in Lusaka.

Are there talks to establish a joint free trade zone with the African countries?

Certainly, ECS organised a visit to Djibouti with a delegation of businesspeople to meet with a number of government officials and chambers of commerce to discuss the possibility of establishing an Egyptian free trade zone there, similar to the one in Jebel Ali.

Elsewedy Electric, for instance, sent a delegation to Djibouti to discuss the establishment of a free zone in Djibouti. The company is at present following up with officials of the port to collect as much data as possible to help the company.

Is there a programme followed by ECS to facilitate the export process for small- and medium-sized enterprises (SMEs)?

We worked last year with the Federation of Egyptian Industries to facilitate exports, according to a programme prepared by meetings with importers and linking SMEs with major companies and investors abroad.

Egypt’s exports to Lebanon increase by 65%: Minister of Industry and Trade