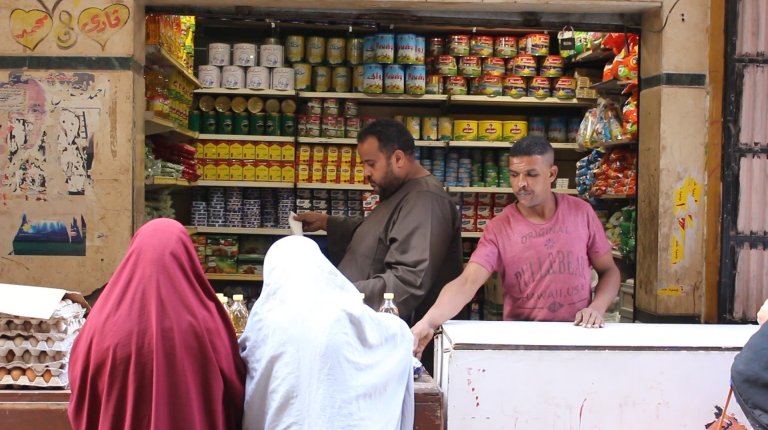 I belong to a generation that used to do well with a monthly allowance of EGP 3 in the 1980s during the first years of preparatory school. Once I enrolled in university, this allowance reached EGP 30, and it was enough for us to enjoy life. This generation had not imagined it would witness a day on which foreign currencies would fiercely attack the Egyptian pound. It witnessed the queues for subsidised “popular clothing” (a governmental campaign that used to sell garments at lower prices to families), and “consumer complexes” (governmental outlets that sell commodities at lower prices). The queues for bread and for food supplies. However, this generation had an easier life back then than today. Employees, no matter how meagre their income, were able to meet their household needs and sometimes even save some money. The homes of our neighbours who had daughters were gradually filled with the bride’s dowry, for if the groom appeared, having purchased some items would alleviate the burden on the couple. That is how we used to live—a dignified life among our people in our industrial societies. We had not known the meaning of subsidising; we used to see our families deal with the price changes of basic commodities wisely and through a slight change in the level and way of spending.

I sympathise with the current generation which will not be able to step into their predecessors’ footsteps given the daily increase in prices. Our government acts like it is an individual living in the community who suffers from accumulated debt and cares only for itself, forgetting that this specifically causes the destruction of the whole community. Our government does not think of anything but solving the currency crisis, as if this strategy will solve all other crises. In my point of view, the opposite is correct. However, the government did not solve or avoid the crisis, but rather transferred the problem from the informal market to the banks. The government keeps talking about endurance and patience and launching meaningless slogans such as “brave reform will shorten the way”. These slogans are outdated and would not lead to any solution to the crisis faced by the Egyptian economy.

I pity our generation who grew up in houses among the middle class that are now on the edge of the poverty line—that is if they had not already surpassed it. Now, the government is issuing an illusion under the name of “subsidy,” the value of which does not match the increased cost of living Egyptians must now deal with.

Our “irrational” governmental subsidy system is directed to those who earn a salary of no more than EGP 2,000 and is primarily focused on food commodities, as if our people only need food. The system’s limited view defies the government’s infamous slogan of “we will move from the illusion to real subsidisation”.

I have friends working in good positions—a privilege thought to protect them from not being able to cover their needs and help them achieve their ambitions. However, they are now suffering despite their monthly incomes that vary between EGP 5,000 and EGP 10,000.

The spending average on a junior student is roughly EGP 1,500 per month, and the high school student EGP 3,000 in public secondary school. This expense used to stand at EGP 150. If there are two students in the two grades in one house, they will need a fixed monthly spending of EGP 5,000 for education only, not to mention clothes, food, medication, transportation, personal expenses, etc. The result is that the quality of education has dwindled.

I agree with the government that there are those who are in a more dire need of care and that their condition should be immediately considered to save them from drowning in the sea of poverty at full speed, but this will not be achieved through oil, sugar, and bread subsidies.

Those people also have children in various stages of education and usually have more than three children. They should not be punished because of the community’s culture which the government did not try to face.

Those people strongly need the support of the state. They need a real subsidy system that includes free education, in which education tuition fees and books are borne by the state. The state should also work on providing booklets in schools’ libraries and free extra classes for the children of those families, and must raise the financial compensation of teachers.

The subsidy system should be extended to various services, such as free public transportation and healthcare, as well as discount coupons on clothes, food, and drink. There must also be adequate housing services for those people to give them the opportunity of a sufficient income for a dignified life.

The subsidy system must also include vocational training for the head of the family so that the family can be transformed from marginalised groups living on subsistence and state support to productive, effective, and functioning families in society.

Without having a comprehensive understanding of poverty problems and how to address them, we will be facing an issue in our society with an illusionary solution named “subsidisation.”

The solution to poverty problems is not to feed the poor. This is an outdated way of thinking. The aspirations of the people after the 25 January Revolution are much larger than that. A decent life is the product of work and good work must be preceded by good education, which needs a good healthcare system that needs more services. Thus, the solution to a poverty crisis is much larger than the subsidisation of food commodities.

The solution requires the state to walk in two parallel tracks. The first is to transform the state into a production and export country economically, industrially, and agriculturally, rather than relying on sources that cannot be controlled or directed, such as tourism, taxes, and the Suez Canal. This needs proper infrastructure and real services for the community.

The second track is to financially help families who suffer from severe poverty and develop a plan to save these families before the problem is amplified.

The solution needs a conscious government that has a clear plan based on real data, logical conclusions, and reformist amendments in the economic, political, and social fields before we regret the consequences of the crisis.

If our country had only one official with a minimum level of maturity, we would not have come to where we are and people would not get stuck in a dark tunnel with no end.

We should be mindful that the situation is very difficult now, and if there is no desire, will, and vision that is based on scientific grounds to salvage the situation economically, politically, and socially, there will not be a happy ending.

The illusion of subsidising—Part II