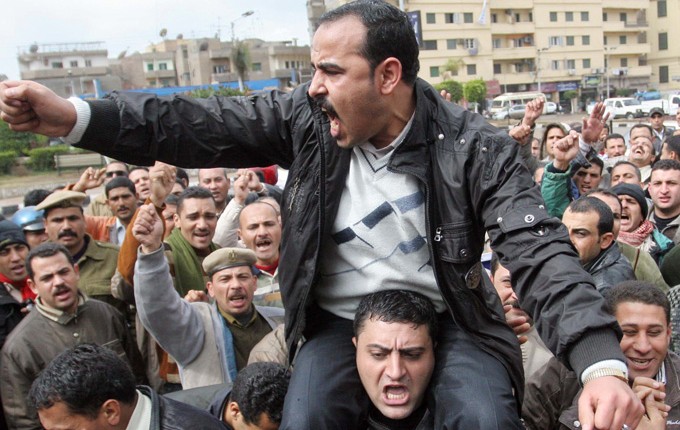 The Suez Prosecution ordered Wednesday the detention of two workers of the IFCO Suez Company on charges of inciting other workers to strike. The prosecution also ordered the release of another 12 workers on a bail of EGP 200 each.

The management of the company filed police reports against the workers, accusing them of rioting and violence.

Since last Friday, workers had escalated a demonstration into an open-ended strike, in protest of the immense gap between salaries obtained by workers and those obtained by employees in managerial positions. They demanded justice in the distribution of salaries.

The workers also protested not getting issued bonuses, especially after the latest price hikes on different goods and services.

Last December, the Egyptian Center for Economic and Social Rights (ECESR) released a report documenting about 1,736 protests related to social and economic issues during 2016. The report said that most of the protests were carried out by labour movements. In the second half of 2016, most protests were driven by economic demands.

Over the last three months, Egypt faced a series of price hikes due to recent decisions made by the government in order to implement the terms of the International Monetary Fund (IMF) loan, for which Egypt sought to complete its economic reform programme. Prices of most products, including essential goods, increased in a very short period, which heavily impacted low-income citizens.

19 IFFCO workers in Suez acquitted from charges of striking