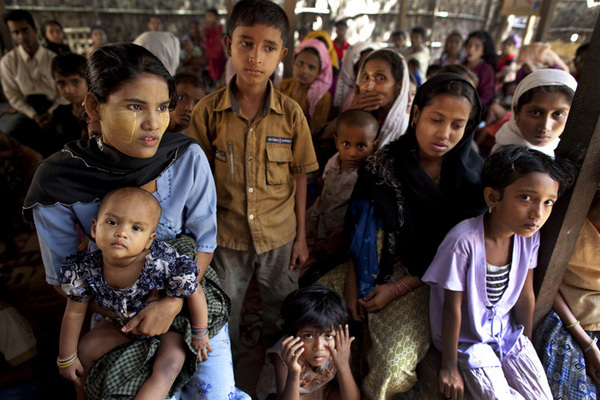 The Muslim Elders’ Council, headed by Egypt’s Grand Imam of Al-Azhar Ahmed Al-Tayeb, launched on Tuesday the first session of dialogue between representatives of the Rohingya Muslim community and ethnic Rakhines in Myanmar.

The council is holding the dialogue sessions in Cairo, according to the Islamic News Agency which said that their mission is to spread the culture of peace across the world.

Invited to the sessions were several people from Myanmar from various different political, social, and economic backgrounds, as well as ambassadors and intellectuals.

In his opening statement at the inauguration of the dialogue, Al-Tayeb asserted that the separation of the citizens of Myanmar will only increase the gap between them and hinder all development and progress in the country.

He called on all communities in Myanmar to follow the Egyptian model of Bayt Al-‘Aela (Egyptian Family Home), established by the late Pope Shenouda and the late Grand Mufti Muhammad Sayed Tantawy. The aim of Bayt Al-‘Aela was to foil any potential sectarian strife and promote peace and religious tolerance.

The Rakhine province has since 2012 been the centre of tense conflicts between the Rohingya Muslims in the northern part of the state, and the ethnic Rakhine Buddhists to the south. Rakhine fears of becoming a majority in their ancestral lands, coupled with brutal murders from both sides, has sparked sectarian clashes that have left entire communities in ruins, and tens of thousands of people displaced.

Myanmar may ban tourists from climbing on ancient temples