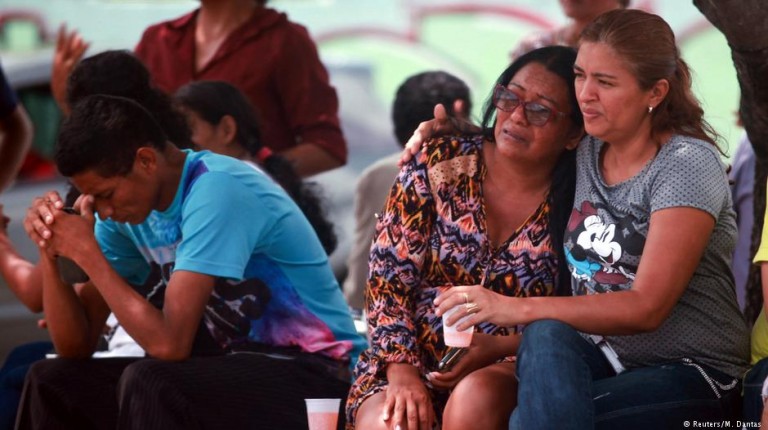 At least 56 people have died after a riot broke out in a Brazilian prison in Manaus, the capital city of the northern state of Amazonas, late on Sunday. After 17 hours, authorities quelled the fighting on Monday morning.

More than 150 inmates escaped during the riots in the Anisio Jobim Penitentiary Complex, Sergio Fontes, the head of security in Amazonas, told news outlets.

The riot was the latest clash in Brazil between prisoners attached to rival drug gangs – and the second deadliest in the country’s history. In 1992, 111 prisoners were killed during a riot in a prison in Sao Paolo, most of them by police when they stormed the jail.

This time, most victims were likely killed by other prisoners. All 56 victims found so far have been inmates, according to the head of the state’s prisons administration, Pedro Florencio. Many were reportedly decapitated. “This is the biggest prison massacre in our state’s history,” state official Fontes said.

According to reports by several news agencies, the fighting in Manaus broke out between inmates attached to the country’s biggest drug gang, Sao Paulo-based First Capital Command (PCC), and a local criminal group known as the North Family. The latter is believed to be affiliated with the country’s second biggest gang, Rio de Janeiro-based Red Command (CV). Victims are reportedly predominantly members of the PCC.

Security officials say that a truce between the PCC and CV was broken last year, resulting in several deadly jail battles. Last October, deadly riots broke out simultaneously at three different prisons. During that episode, prisoners affiliated with the two gangs took visitors hostage, beheaded rivals and burned others alive.

Two other prisons in Manaus also reported riots on Monday. Eighty-seven prisoners escaped from one of the jails, including a man who shared a picture of his escape on Facebook. State police said they had regained control of the prisons by the end of Monday afternoon. Local police are investigating whether the three incidents are connected.

Brazil’s prison system has been sharply criticised by human rights groups, as many prisons are overcrowded and understaffed. As a result, drug gangs are often in de facto control of the prisons and inmates continue turf wars fought outside in jail.

‘Built to annihilate, torture and kill’

Maria Laura Canineu, director of Human Rights Watch for Brazil, said the recent riots were a result of “no government in 20 years giving much attention to the penitentiary system.” She said it’s been very difficult for states to receive funding help for prisons from the central government.

“Our prisons were built to annihilate, torture and kill,” said Father Valdir Silveira, director of a Catholic organisation that monitors prison conditions.