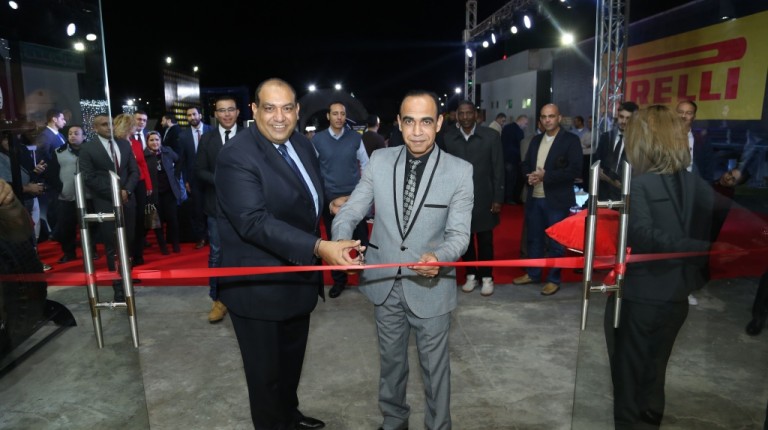 Pirelli and Wataniya Petroleum announced last week the launch of an integrated tyres service centre under the name “SuperTruck” at the gas station on Al-Salam road in Sharm El-Sheikh last week. The company also intends to open two new service centres in Alexandria and Ain Sokhna this year.

Commercial director at Pirelli Khaled Abdel Hamid said that the company exports 60% of its production in Egypt. He noted the company also owns the largest tyre research and development centre in Egypt and across the Middle East.

Abdel Hamid said that the company is opening these integrated tyre service and sales centres in an effort to support the tourism sector.

He explained that the new centre in Sharm El-Sheikh is the first of three centres bearing the same name in cooperation with Wataniya. The two other centres will be inaugurated in 2017 in Alexandria and Ain Sokhna.

Mohamed Magdy, marketing manager at Pirelli, said that the new centre in Sharm El-Sheikh cost roughly EGP 10m. He noted that the centre offers services to passenger cars and tourism buses, adding that the company aims to serve 12,000 clients per year.

He pointed out that the current prices of tyres in Egypt do not reflect their real value following the flotation of the Egyptian pound, adding that the cost of imports doubled while price increases remained relatively lower.

Pirelli Egypt CEO Younes Alaoui said that “SuperTruck” is an “example of Pirelli’s ongoing commitment to the Egyptian market and the constant quest to provide the best quality products and services in order to maintain all types of vehicles through a group of experts and professionals in this area.”

He added that “SuperTruck” is an integrated service centre that offers a package of tyre-related services for buses, trucks, and passenger cars, through a set of advanced equipment and technological applications.

In addition, “SuperTruck” will also work to support Pirelli’s network nationwide. The company currently owns six centres for trucks and over 70 for general sales.