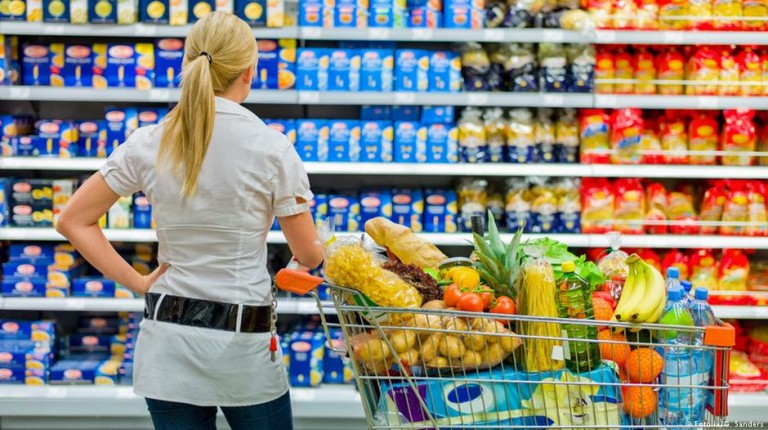 Inflation in the 19-member euro area has reached a new high. Consumer prices in December rose to a level not seen in more than three years, providing encouragement for ECB President Mario Draghi.Eurozone inflation surged to the highest level in more than three years in December, climbing to a higher-than-expected 1.1 percent, after rising by just 0.6 percent in the previous month.

The European Statistics Office, Eurostat, said Wednesday inflation now stood at its highest rate since September 2013, when it was also 1.1 percent.

December’s consumer price data provided good news for the European Central Bank, which had struggled to push inflation back up toward its own target of an annual inflation rate of just below 2 percent.

Under the current president of the ECB, Mario Draghi, the central bank has launched a series of monetary stimulus measures in the past few years aimed at fueling growth and heading off the threat of the eurozone stumbling into a period of deflation.

Some economists were quick Wednesday to rule out an early end to the ECB’s loose monetary policy, which has included cutting the bank’s refinancing rate to zero and launching a controversial bond-buying program.

Commerzbank economist Christoph Weil emphasized that December’s inflation pickup was first and foremost attributable to the recent rise in energy prices. He pointed to the eurozone’s core inflation rate, which explicitly excluded volatile items such as energy and food.

That core inflation rate had only crept up to 0.9 percent from 0.8 percent in November.

Inflation rises to 19.4% in November