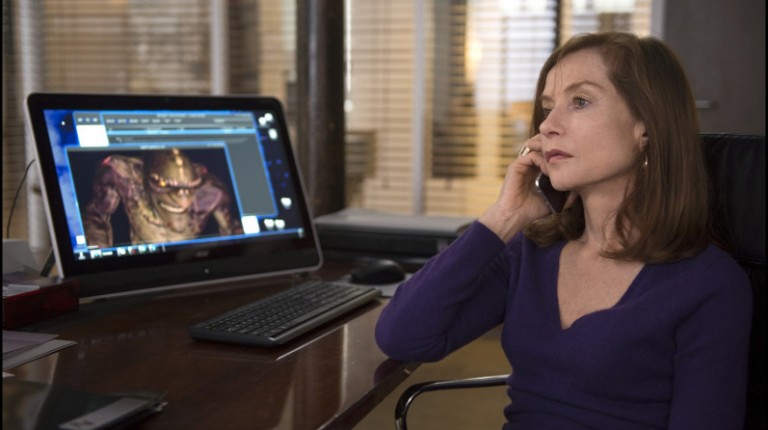 Julieta (2016)—Pedro Almodóvar’s latest—tells the tale of a woman who feels too much and drowns in her sorrow, allowing guilt to paralyse her and pull her back whenever she’s on the brink of crawling out from under its shadow. Gone are the director’s famously feisty protagonists; Julieta is almost entirely at the mercy of her emotions.

Her life is peppered with tribulations that—if relationship-centric Facebook groups are representative in any way—are all too common among Egyptian women romantically entangled with the men of this country. A quick skim through the posts on any of these groups and recurring themes appear. Cheating men of course reign supreme; husbands claim the top spot with their roving eyes often settling on exes, attractive co-workers, or friends of their wives. A smattering of cheating fathers bring up the rear, as if to highlight that while women are all too often condemned to unsatisfying or non-existent sex lives, men are free to chase tail for as long as they’re physically able to.

Julieta—lucky her—is blessed with both. She meets her husband—a dashing fisherman with a curly-haired, doe-eyed artist for a best friend—on a fateful train ride across Spain. As often happens in the films when attractive people are placed in confined spaces for long hours, sparks fly, hormones rage, and babies are made. Julieta and Xoan marry, living blissfully with their daughter until, in succession, she finds out her father is having an affair with the maid while her mother’s Alzheimer’s gets worse by the day, and that Xoan is once again sleeping with his best friend and former lover—a woman Julieta has come to see as a close friend and confidante. 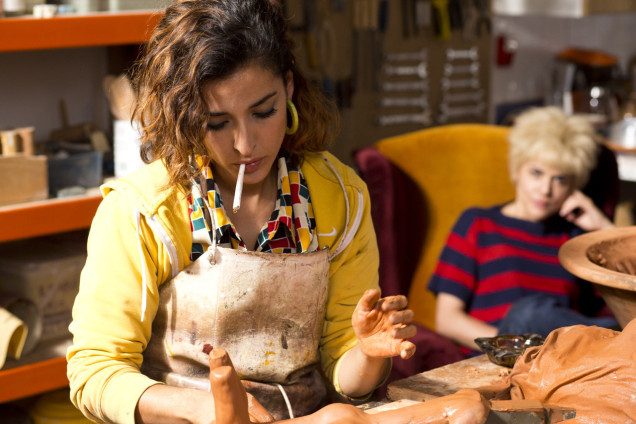 Julieta takes the first blow more or less in stride, lashing out at her father with a severity expected of a woman in her position. Not enough to destabilise their relationship or burn bridges, but enough to convey that she takes umbrage to the situation on behalf of the wounded pride of her living but otherwise absent mother. It is when her husband dies following an ill-timed argument about his infidelity, however, that she starts unravelling, crossing over from the acceptable limits of emotion to a more pervasive sadness, one that our society tends to see as a frivolous luxury unbecoming of women, but most particularly mothers. Consumed with a sorrow brought on by guilt, Julieta loses the will to perform all but the most basic tasks, handing over the reins to her level-headed teenage daughter who takes charge before taking off the moment she turns 18.

Julieta strikes at a part of womanhood that’s universal in scope, but definitely carries more weight in societies such as ours where gender roles are alive and well, and the progressive ideal still revolves around a woman’s mandatory balance of family and career, as opposed to each woman feeling free to make the choices that work best for her—whatever they may be. As an Egyptian, I can’t help but read Julieta as a film about a woman dealing with her failure at the two roles through which women are raised to measure their self-worth: wife and mother. In a society that holds women to impossible standards, male infidelity often reflects worse on the wife than it does on the man; a woman’s sense of betrayal flirts with feelings of inadequacy at keeping her man happy. Yet, failure on this level can’t compare to the total decimation that happens when Julieta finds herself childless, confronted by the fact that her daughter, around whom her life revolves, now wants nothing to do with her, and it’s this idea that the film pivots upon.

While Julieta is a woman beholden to her emotions and to society’s notions of women’s priorities in life, Elle’s (2016) Michele Leblanc is a ball-busting, ice-queen incarnate. Paul Verhoeven’s twisted gem of a film opens on a rape scene—the kind of scene that in a film with a differently-constructed protagonist would be the happening that colours the heroine’s actions for the rest of the film. Not quite so for Michele though. With a matter-of-factness that’s arguably more shocking than the rape, she brushes the violation off, sweeping away the detritus, bathing, then ordering sushi for both her and her adult son. If Julieta is on one side of the emotional acceptability scale, Michele’s way over on the other. Where Julieta beats herself up for failing at fulfilling society’s definition of womanhood, Michele couldn’t care less. She hustles with the best of them at work, imposing her authority on a team of young, insolent male video game developers. She sleeps with her best friend’s husband, berates her son and his partner constantly for not living up to her standards and work ethic, and does it all with the utmost feeling of entitlement. Julieta lives enslaved to her guilt, Michele is above such pettiness as empathy. She pushes on, neither caring for other people’s feelings, nor wallowing in her own. There’s not much admirable about her callousness, but for a woman and especially for a mother, her sense of entitlement borders on transgressive.

Elle follows Michele’s hunt for her rapist, but boiling the character’s journey down to that would be doing the film a major disservice. Seen as a violation from which there’s no return, the aftermath of a rape is one of the few situations in which a woman is allowed to fall apart, but barring a few quickly dealt with flashbacks to the incident, Michele retains her levelled head. Driving her hunt is a sense of curiosity, sexual tension, and a low-key feeling of general unease when alone. Contrasting Michele’s neat compartmentalisation with Julieta’s total embrace of her emotions paints a vivid picture of two women at the opposing ends of a propriety spectrum. Julieta ages visibly throughout the film, each successive trauma etching new lines onto her face. Michele, on the other hand, has nary a wrinkle in her shirt nor a hair out of place.

Seen from the outside, Michele has her life completely under control, achieving that perfect trifecta of having a handsome son, thriving career, and a friendly relationship with her divorcee. From the inside though, her scrappy fighting style comes to life. Michele is the kind of woman who uses everything in her arsenal to achieve her means. She’ll use sex, treachery, violence, and emotional blackmail, and not even worry about justifying the means to herself. It’s a self-centeredness that is commendable in its commitment to getting the job done, but is still deplorable regardless. It is the kind of ruthlessness that, coming from a man, would be spoken about with a tone tinged in awe and a begrudging respect. But with acceptable womanhood rooted in selflessness, empathy, and an emotional openness that keeps the family together, Michele is not exactly popular with the people around her.

Going back to the aforementioned Facebook groups, there is a sense of emotional fatigue from the women populating the pages; women who care too much, crumbling under the pressure of unsustainable, barely-reciprocated giving. Julieta and Elle embody the two extremes, but the happy medium where women can give and get, feel or not without restrictions or implications on their femininity, remains as elusive as ever.