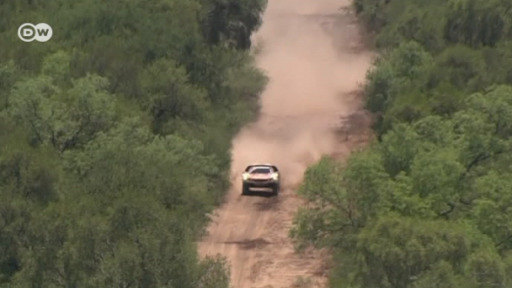 The Frenchman was lightning-quick in the second stage in the Dakar Rally as he scorched the field by over a minute. This, combined with his sixth-place finish in the first stage, has given him the overall lead.Nasser Al Attiyah’s overall lead in the 39th edition of the Dakar Rally was quickly snatched away from him as nine-time world rally champion Sebastien Loeb dominated the field in the second stage.

Loeb, 42, completed the 275-kilometer timed section between Resistencia and San Miguel de Tucuman in northern Argentina with a time of two hours, six minutes and 55 seconds. The Peugeot driver, who last year finished ninth overall , finished one minute and 23 seconds ahead of Qatar’s Attiyah for his fifth career stage victory.

The stellar performance now puts Loeb 28 seconds ahead of Attiyah in the overall standings. Fellow Peugeot man Carlos Sainz of Spain is currently in third and one minute and 56 seconds behind Loeb.

Wednesday’s third stage of the 8,800 kilometer rally through Paraguay, Argentina and Bolivia is a 364-kilometer stretch between San Salvador de Jujuy and San Miguel de Tucuman in Argentina. Almost 400 vehicles, including motorcycles and quads competing in separate divisions are taking part in the ninth South American edition of the rally.