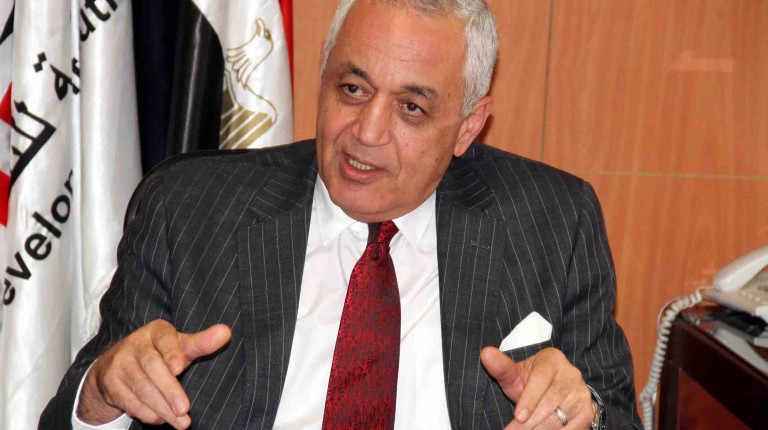 The Industrial Development Authority (IDA) will begin offering completed industrial complexes to small- and medium-sized enterprises (SMEs) in the Badr and south El-Raswa complexes in Port Said on 8 January. The plots of land range from 300-1,000 sqm at prices ranging from EGP 1.4m-3m.

The chairperson of the IDA, Ahmed Abdel Razek, said that the authority had already offered 22.3m sqm of industrial lands in 2016.

The Ministry of Trade and Industry has adopted an ambitious plan for opening 22 industrial complexes for small- and medium-sized industries by 2020, and the IDA offered a complex in El-Sadat City on area of 300,000 sqm, which includes 296 units divided by three industrial activities.

What is the average price of units offered in Badr and El-Raswa?

The unit is priced according to its space, and IDA provides units ranging between 300 and 1,000 sqm. While units’ prices range between EGP 1m to EGP 3m.

When will IDA deliver the ready complexes to investors?

The three ready industrial complexes delivery (Al-Raswa, El-Sadat, Badr) will be in a year from the date of reservation.

How much did the complexes cost?

The IDA is working on studying the places planned for the establishment of new complexes to implement the ministry’s plan—offering 22 complexes by 2020.

Are there examples for the new ready complexes’ areas?

IDA sets a plan for opening ready industrial complexes according to the place specified for their establishment and the state’s required industrial activities in the coming period. IDA did not exclude Upper Egypt from its expansion plan.

What is the average cost of the 22 industrial complexes planned to be completed by 2020?

It’s difficult to determine it in the current time, because the cost of complexes is calculated after finishing its designs, and it varies according to the number of factories, type of activity, and the land’s price.

Does IDA intend to offer new cement licences during 2017?

Why would the IDA offer new licences when there are licences remaining from the previous offering? IDA offered 14 grey cement licences in January, and six companies applied to compete on obtaining 8 licences.

The biding was held in December 2016 and three companies won three licenses. The remaining 11 licenses are now offered to investors in order to apply and obtain them.

Did IDA receive requests from cement companies regarding obtaining the 11 remaining licences?

The IDA received three requests from large cement companies operating in the domestic market to compete on the new cement licenses, and the authority is studying them still.

When will the licences’ door be closed?

The authority provides 11 cement licenses for investors until the end of 2017.

Why didn’t companies apply for the last cement licences offering?

Some companies didn’t apply due to the economical changes following the Egyptian pound’s flotation and the dollar price increase. But by the end three companies applied to compete on the licences and won the first phase of the offering.

Does the company intend to offer new iron licences to investors?

In fact, it’s not included in the authority’s plan, and we have not received requests regarding that, but there’s a study underway on the market’s needs in the current time.

What about the request that is submitted by one of the Kuwaiti investors for obtaining iron license and a pellets factory’s licence in Sokhna with investments worth EGP 1bn?

The authority is still studying offering iron licenses, and working on setting controls according to the markets needs from iron.

The IDA completed setting free lands offering in Minya, Assiut, Sohag, Qena, Aswan, and New Valley governorates, regulations are now submitted to the cabinet to review and approve them.

What are the features of lands free offering in Upper Egypt?

The main regulation revolves around the applicant’s seriousness about obtaining the land, to ensure the investor’s eligibility and project’s continuity.

The factory’s establishment and operation timing is one of the main controls that is under discussion with the cabinet currently, in addition to the importance of the feasibility study to evaluate the investor’s seriousness and ability to continue in the project.

What are the industries eligible to obtain the lands for free in Upper Egypt?

The kind of industries differ from one area to another. Each area has specific elements, industries, and economic elements, and can receive an industry of which other areas cannot receive.

What is the plan of offering the industrial lands to investors this fiscal year?

IDA offered 22.3 sqm in different industrial cities in 2016, and is seeking to increase the areas than the target announced by the Ministry of Trade and Industry.

The areas will be increased after the Ministry of Trade and Industry and the concerned bodies approve the suggestion IDA presented to add new cities and industrial zones.

Will the offering of the lands this year done through a usufruct system or will they be offered for ownership?

Actually, it depends on each industrial zone and its activity, but the offerings this year will be for ownership.

That is attributed to that the lands that IDA offered in the last period through the usufruct system did not see high demand compared to the lands that were offered for ownership, in line with the culture of the majority of investors.

Also, offering the lands through the usufruct system needs a strong database about the investors, their industrial activities, and other data.

Will the industrial lands’ prices increase in the aftermath of floating the pound?

Of course they will increase due to the increase of the facilities’ prices, such as the electricity, water, and sanitation, and usually IDA offers the lands for investors equipped with facilities.

However, it is difficult to determine the rate of increase for a number of reasons, first of which the increase depends on the cost of the facilities, and it differs from an industrial zone to another, as some zones have strong infrastructure, while others need complete facilities.

Is IDA considering managing the surplus of its budget and using it in equipping the industrial lands with facilities?

IDA presented a bill to the parliament, enables it to shift its budget from a year to another in order to use the surplus in equipping the industrial lands with facilities and developing their infrastructure, which guarantees the provision of a good service to investors.

IDA used to review its budget in July every year, and any founded surpluses go to the state treasury.

Under the bill presented to the parliament, IDA has the right to keep the budget’s surplus and invest it in equipping the industrial lands with facilities.

What are the most recent developments in IDA establishing ready-made industrial cities?

IDA will open the first ready-made industrial city for investors in Badr Industrial City in the first quarter of this year, and it will be allocated for the textile industries.

It is over an area of about 2m sqm, and will be offered to investors for ownership. IDA has not decided yet the price per metre, which is subject to a number of factors including the city’s final design.

Is IDA planning to offer lands to industrial development companies?

What mechanisms IDA follows to eliminate buying the industrial lands and waiting for their prices to increase as well as trading in them?

IDA set clear requirements to prevent trading in the industrial lands, including requiring the investors to complete the factories’ constructions in three years, and in case they do not do so, the land is taken back from them, and the same measure is applied if they do not complete 50% of the factories’ constructions in a year and a half. Moreover, the requirements prevented the investors from selling the industrial lands before two years of operating the factories.

With regard to the integrated industrial cities of which IDA is seeking to establish, what are the industries that will be focused on the most?

In line with the strategy of the Ministry of Trade and Industry, IDA is seeking to collect the similar supplementary industries in cities together to integrate with the other industries, in order to strengthen industrialisation.

IDA is seeking also to add other industries to the plan of the integrated industrial complexes, such as industries of spinning and weaving and chemicals.

Out of that standpoint, IDA began with the leather tanning city in El-Robeaki, the furniture city in Damietta, and ended it with Badr city for spinning and weaving industries.

Talking about the leather tanning city in El-Robeaki, when will the first phase of the tanneries will be moved?

Cairo for Investment and Development is working now on moving the tanneries. The first eight of them are being moved now; there is a plan for the move process, carried out by the company in cooperation with the Ministry of Trade and Industry, in order to complete the move quickly.

Do you expect a visit by a Russian delegation in the next period to finish the negotiations on the Russian industrial zone in the East Port Said on an area of 10m sqm?

IDA has not informed yet with the dates of the Russian delegation’s visit to the Russian industrial zone, and it is working with all the concerned bodies to crystallise the final shape of the zone.

What are the developments of the Golden Triangle project and when will it be offered to investors?

As a national project, it is not limited to the local investors only, but IDA will open the door in front of Arab and foreign investors to participate.

Some manufacturers have concerns about assigning IDA for completely managing the industrial lands instead of the New Urban Communities Authority. What is your message to investors about that?

One of the problems that the investors face is that they are dispersed between the body that completely manage the lands and the body that allocates the lands, which stood as an obstacle in front of completing the procedures. Unifying the bodies of which the investors have to deal with serves their interests.

Did IDA receive requests from foreign investors to establish industrial zones in Egypt like the Russian zone?

Yes, IDA receives requests from Arab and foreign investors to establish industrial zones in Egypt. IDA is studying these requests, and is seeking in cooperation with the Ministry of Trade and Industry to set controls for the establishment of industrial zones for foreign investors, because establishing an industrial zone is an integrated project in which investors will be responsible for the provision of logistics and infrastructure. Investors need to provide an integrated plan when presenting their studies to establish the zone.

Industry Ministry to offer new lands for industrial investment in 2017

NBE, IDA to finance projects under ‘Your factory is ready’ initiative

Ministry of Industry and Trade launches initiative for factory licences