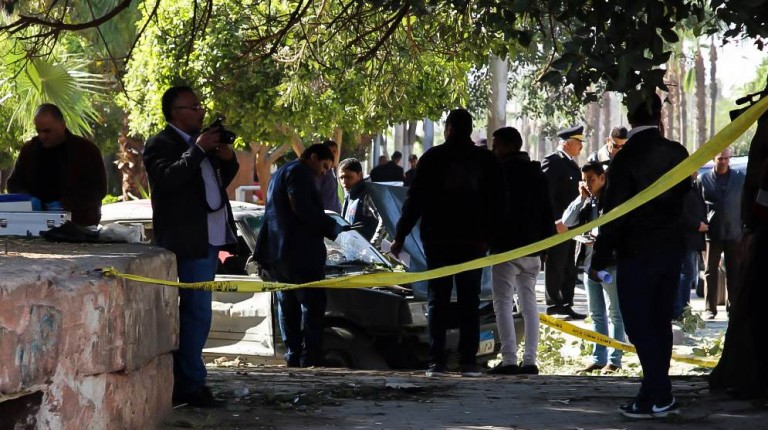 Security forces reportedly arrested the main suspect behind the killing of six police officers in a checkpoint attack on Al-Haram street in Giza in December, state-owned media Al-Ahram reported Thursday.

A bomb, believed to be result of an IED, was stationed next to two security points on the morning of 9 December.

The group’s statement, which was posted on their blog, featured images of the checkpoint in the moments before the attack.

The local Al-Youm Al-Sabea news website published Thursday a video of the suspect’s confession, although it has not been released yet by the Ministry of Interior.

The suspect said he belonged to the Muslim Brotherhood and met with members of the group named “Revolutionary Punishment” in 2015, through which he participated in several acts of sabotage against the state, such as bombing electricity plants near Media Production City.

He was assigned to monitor police personnel movements. He claimed to have executed the attack on the police officers and that he planted the bomb himself.