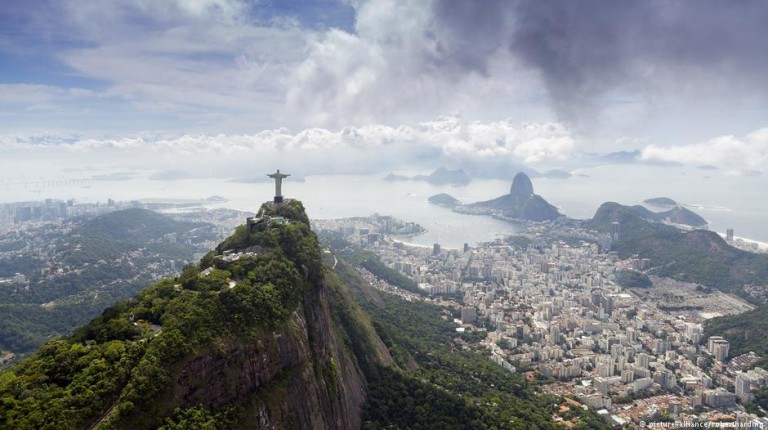 Brazil saw a record number of international tourists in 2016, boosted by the Olympic Games. Some 6.6 million foreign tourists visited the country in Latin America.Hosting the Olympic Games in 2016 boosted tourist numbers to a new record for Brazil, the Tourism Ministry said. Some 6.6 million foreign tourists visited Brazil for the first Olympic Games in the southern hemisphere, a rise of 4.8 per cent on the previous year’s figures, the ministry said in the capital Brasilia.

Income from tourism rose by 6.2 per cent, to 6.2 billion dollars, in 2016 compared to 2015, according to the ministry, with the most tourists coming from neighbouring Argentina, followed by visitors from the United States.

The ministry said that Brazil’s tourism industry registered a bigger Olympic bounce than any previous host nation. The previous hosts, Britain in 2012, registered growth of only 1 per cent in its tourism.

“We still have a lot to do to benefit in an efficient manner from the image legacy of the Olympic Games,” Brazil’s Tourism Minister Marx Beltrão said in a statement.

Of those who visited Brazil last year, 95 percent intended to return, according to a tourism ministry survey. Brazil is the most popular destination in Latin America.

After the Olympic Games he country remains in recession, interest rates are sky-high, as are inflation and unemployment.

In December crisis-hit Rio de Janeiro, nicknamed the Marvelous City, officially entered the UN’s list of world heritage sites. The UN cultural body, UNESCO, highlighted the “extraordinary fusion” of man-made and natural beauty in certifying Rio on the world heritage list during a ceremony held at the Christ the Redeemer statue. That blend has “created an urban landscape perceived to be of great beauty by many writers and travelers and one that has shaped the culture of the city,” the UN said.