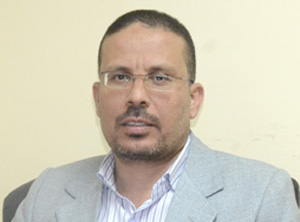 Pickalbatros Holding for Financial Investments Company has bought a plot of land for the establishment of a new hotel facility in Fifth Settlement, New Cairo. The hotel is also expected to include an aqua park.

The company is now going through rounds of negotiations with banks to secure funding for its projects.

Kamel Abou Aly, the chairperson of the company, said that the size of the land is 50,000 sqm.

He told Daily News Egypt that studies are conducted entirely from within the company, with no assistance from external firms. He added that the company aims to attract tourists from all over the world.

Abou Aly noted that the studies for the project will be completed by the first quarter of 2017, with construction to follow within the second quarter.

Moreover, he pointed out that the company is also working to complete the Hotel Beach Albatros in Marsa Alam. He said that the hotel costs up to EGP 400m and would include 320 rooms. The hotel is also expected to be completed within the first quarter of 2017.

He said that the company has three more projects on the table, which are expected to be initiated following the completion of the three currently being built. He added that allocations for current projects exceed EGP 2.5bn, with the possibility to increase them even more.

He said that the company is in ongoing negotiations with banks to secure funding for projects. The most prominent of these banks are the Commercial International Bank (CIB), QNB Alahli, and the National Bank of Abu Dhabi. Collectively, these banks have funded 30% of the company’s projects.

Abou Aly refuted rumours circulating about disputes between the company and these banks over delaying payments.

In a different context, he noted that Pickalbatros has 14 subsidiaries working under the parent company, which has a capital of EGP 300m and investments of over EGP 8bn.
He pointed out that his company established some 12 hotels in Sharm El-Sheikh, Hurghada, Safaga, and Marsa Alam. These hotels, he said, have a combined occupancy of 6,500 rooms.

In addition, the company has two entertainment projects and three hotel facilities with 1,054 rooms up for consideration.