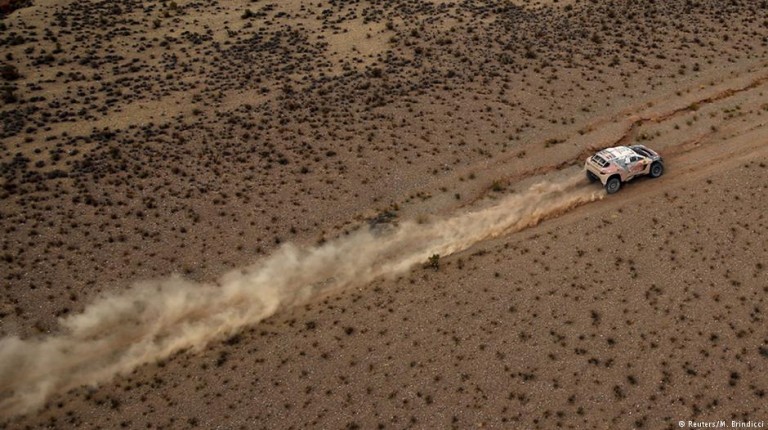 The stage was curtailed to just 219km rather than the scheduled 692km (447km timed) linking Tupiza with the old mining city of Oruro, famous for its carnival as heavy rain thrashed the region.

Organisers said they had no choice but to curtail the day’s action after racing on the tough terrain “became impractical owing to the poor weather conditions on the road to Oruro.”

Nine-time rally world champion Loeb, on form after a stage win last Tuesday, was quickly out of the blocks and established a provisional six-minute lead over Spaniard Nani Roma before seeing his lead trimmed back.

But he held on for the stage win ahead of Roma and stablemate Peterhansel, whose third place was enough to open up a 1min 09sec advance atop the overall standings.

The extent of the treacherous conditions was shown by a photograph of one lorry upturned along the route from Tupiza towards the Uyuni region, famed for its salt flats, as torrents of rain fell.

Saturday sees the longest special stage — a 527km timed stretch from Oruro to the high-altitude Bolivian capital of La Paz. Sunday will be a rest day.