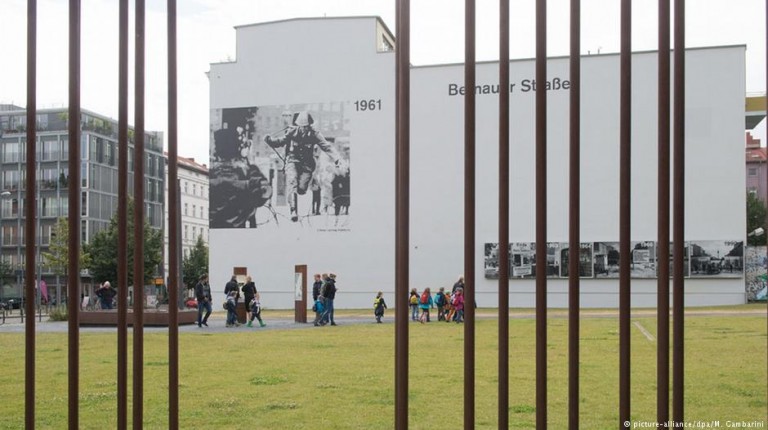 976,000 people visited the Berlin Wall Memorial Site in 2016. The Berlin Wall Foundation, which administers the site, says that’s about 15,000 more visitors than in 2015. It is located on Bernauer Str. in central Berlin.In 2016, a daily average of 2700 people visited the foundation’s historical sites. The Berlin Wall Memorial Site is located in a former border zone. Admission is free – so the number of visitors can only be estimated. Twice a year, the foundation counts the actual number of visitors for one or two weeks – and carries out a formal survey of visitors once a year.

The memorial site stretches for 1.4 kilometers along both sides of Bernauer Str. – where part of the Berlin Wall used to run. On what used to be the East German side of the street, there’s an exhibition that outlines the history of The Wall. There’s also a monument to the divided city of Berlin and the victims of East Germany’s communist regime. Some of the other main features are the Chapel of Reconciliation, which stands on the site of a church that was torn down by the East German authorities in 1985 – and the foundation of an apartment building that, until the early 1980s, actually formed part of the border. The Visitors’ Center and the Documentation Center are located on the other side of the street, which was part of West Berlin.

The Berlin Wall Foundation also administers a memorial site devoted to the Marienfelde refugee transit camp, which was located in southern Berlin. The camp was the first stop for hundreds of thousands of people who had fled East Germany. 11,000 people visited this site in 2016. In November, the site opened an exhibition on emigration and re-migration in East Germany from 1949 to 1989.

10 highlights of the Berlin Wall Trail