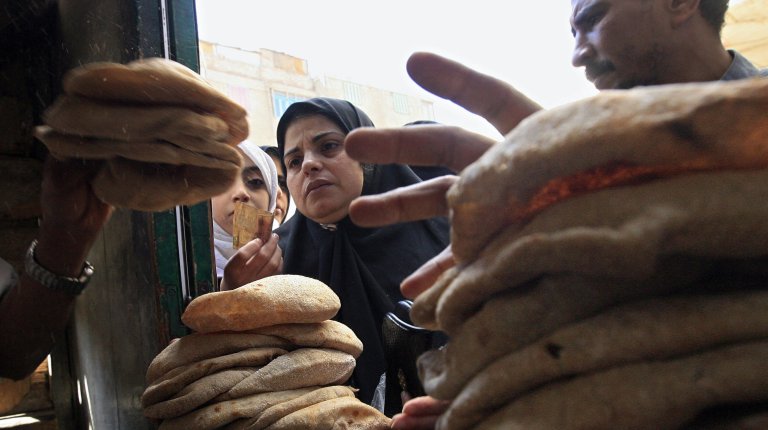 I have many friends who once belonged to the middle class. They did not need state subsidies because they were able to live and afford education, healthcare, transportation, etc. for their children. However, the government’s decisions came against the wish of the people. Those friends turned from belonging to a “saving” class into classes that need different considerations.

One of them was working in the pharmaceutical sector. He used to import medicines and invested all his, as well as his wife, sister, and brother-in-law’s savings. His company shut its doors now and he does not know what kind of fate is awaiting him. My friend was responsible for 20 employees, some of which were the sole breadwinners of their families who may receive state subsidies, while my friend was not a burden to the state as he neither received subsidised commodities, enrolled in the state’s education system, nor complained about the high price of fuel. He is now in tatters and started to search for less expensive schools after his children’s school informed him that tuition fees will increase by more than 20%. He is also considering getting a food subsidy card and trying to be more economic in using his car. This is the situation of my friend, but how about those who were working for him? It is to be noted that the lowest salary in his company exceeded than EGP 2,000.

Does our government know that its subsidy system would not be sufficient? Is it aware that this system will not compensate the poor or middle-income people, as the difference between their income, which decreased significantly, and the price hikes had doubled several times?

Does it know that its economic policies eliminated the remaining middle class, as the previous governments’ policies had already eliminated a large part of that class?

Is it aware that it is responsible for bringing that class back to life, so as not to incur growing burden on the state and its economy?

Does the government know that the problem is much bigger than providing basic food commodities at low prices? Does our government work to develop the middle class or does it just deal with the subsidy system in a deficient manner, similar to previous governments?

This government lifted subsidies on petroleum products to decrease the budget deficit without providing real services to the people. I believe that they do not have a plan or a clear vision of what must be achieved on the short- and long-term.

The government, which was unable to cope with the price hikes that led to a public outcry on its performance and failed to provide a single good service to the community or make any achievement, should not remain in office any longer—in my opinion.

Yesterday, I read a news story that the ministries of electricity and petroleum called on the cabinet to increase their allocations in the next budget to cope with the high prices. These ministries want to be rescued from the price hikes, despite increasing electricity bills and petroleum products’ prices, so what about the ordinary citizen who pays all the bills without any help?

I have another friend who works in retail business. He was forced to halt his work due to the high prices. He had two employees; a driver and a distributor. All of them cannot find their daily bread because the state was not ready to face the implications of its economic decisions. According to official statements, a number of procedures should have been taken to save the Egyptian economy.

A police officer who works in a sovereign authority swore that he still receives financial aid from his father to meet the needs of his home, despite the fact that he had been working for the police for more than 16 years. He still depends on his family to have an adequate life, while he is over 40 years old.

Those friends and others were planning a different future for their children. However, they have now drifted away from their objectives in order to bring about a generation that can help the state, rather than ask for subsidies.

I presented these examples and many other stories that we cannot all mention here, hoping that our government would listen or consider what is happening to the different classes in society which have not been a burden on the government services system. These classes now struggle to avoid falling under the government subsidies umbrella, while the government tends to unconsciously integrate them with the people most in need. Perhaps, someone will pay attention to the potential risks of the government’s economic decisions, which did little to avoid the negative effects of those decisions on society.

If there was no comprehensive strategy to support the community and maintain the standard of living of those who do not cost the state anything, the results would be extremely bad. The middle class, which brings societal balance, will disappear and the lower classes will fall into a labyrinth of poverty.

Those in charge of economic and service portfolios in the government should be reconsidered. Their records should be reviewed to know if they really accomplished their mission, and to assess who deserves to stay in office and who wasted their chance. We cannot afford any bias or delay in making changes in the ministries which provide public services. The economic ministers should also be reconsidered and negligent officials should be excluded. We need a quick and clear vision and this is the responsibility of the president, who asked the people to give him another chance for six months to see the outcome of major projects that the country has witnessed over nearly two and a half years. I do not think that those who work in the government, including the prime minister, are efficient enough to accomplish their mission. I also do not think that the army should bear this burden all the time.

We should also reconsider the target of subsidies and think about possible ways to save the socioeconomic classes which used to be outside the state subsidy system, not to mention the society’s psychological state resulting from wrong decisions and policies.

The illusion of subsidising