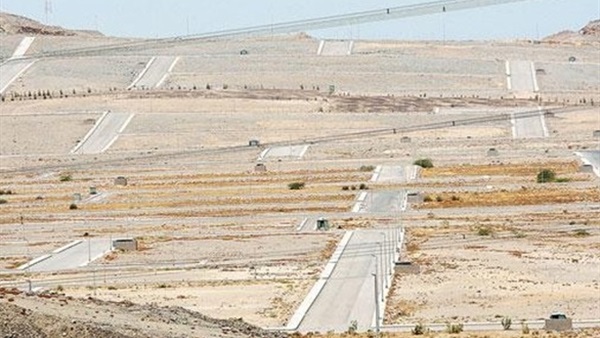 Real estate marketers have demanded a reduction in the new offering prices for land in the Beit Al-Watan project to Egyptian expats. The prices are expected to be announced during the first quarter (Q1) of 2017, with a reduction range between 20-30% compared to the last offering price before the liberalisation of the Egyptian pound’s exchange rate.

Marketers expect the demand on the new offerings in Beit Al-Watan to decline if prices increase in Madinaty, New Cairo, and 6th October City, especially given that the price per metre would increase compared to the pre-flotation price.

The New Urban Communities Authorities is preparing to offer the new phase of Beit Al-Watan, where the allocation of 5,000 plots of lands was completed in new cities with an expected financial outcome of approximately $1.8bn.

Sources in the Ministry of Housing told Daily News Egypt that the authority is facing trouble in terms of issuing the new lands of Beit Al-Watan after the liberalisation of the exchange rate and the price of the US dollar reaching nearly EGP 20.

The sources added that the price per metre in previous offerings in New Cairo reached $550, which was equivalent to EGP 5,000. However, after the flotation of the pound, the price is expected to reach around EGP 11,000 if the price is fixed at $550.

The sources explained that the authority planed to increase the metre’s price in the new offerings in Beit Al-Watan by $100 in New Cairo, $75 in 6th of October City, and $50 in New Damietta.

They pointed out that the pricing committees will prepare a market study about prevailing prices in the real estate sector, and they will be presented to the board of directors of the authority to determine the price per square metre and send it to the cabinet to obtain approval on the offering.

Housing Minister Moustafa Madbouly has demanded a quicker preparation of the offerings for the new phase of Beit Al-Watan to Egyptians working abroad. These units will be available for electronic reservation. The authority is looking into the situation of operating utilities on the 5,000 plots of land in distinct areas in cities in preparation for offering them.

“The authority is afraid of offering lands for high prices when the value is calculated in Egyptian pounds, even though the price would not be that high in dollars, which may lead to a wave of new price increases in the sector,” the sources said.

They added that the new offering will be announced during Q1 of this year. It was decided that between 3,000-4,000 plots of land would be offered; however, the authority will suggest offering 5,000 to the cabinet.

The conditions of the previous offering included paying a 25% advance, while the rest would be paid in installments within five years, in addition to financial burdens. In the case of instant payment, 15% will be deducted from the remaining amount after paying the advance.

The cabinet requested from the Housing Ministry the provision of $1bn of the revenues of investment lands and the units offered to individuals and companies in dollars in order to support the foreign exchange reserves after the liberalisation of the exchange rate.

The Housing Ministry sold investment and service lands as well as residential units during 2016 worth $22.2bn to real estate companies and individuals. About 4,788 plots of land in the third phase of Beit Al Watan were announced as available for reservation in eight new cities.

The sources explained that the Ministry of Housing will consider reducing the price of each square metre in order to avoid increasing the value of lands when calculating their values in Egyptian pounds. In the event the board of directors of the New Urban Communities Authority rejects the suggestion, the previous pricing will be used with the possibility of increasing it.

A number of traders in the real estate sector warned against offering Egyptian expats land at inflated prices, by concealing the real prices of property in order to take advantage of current market conditions, which would increase speculative operations in the market.

Emad Abdel Hady, the CEO of Elite real estate company, said that any further increase in the new offering prices in the Beit Al-Watan project will result in Egyptian expats becoming unwilling to purchase lands, especially in light of the implementation of several residential projects in distinctive areas at prices 20% less than units scheduled to be implemented on lands allocated for Egyptian expats.

He expected the prices of lands and housing units in new cities to increase if the Ministry of Housing continued in its policy by offering the project’s lands at inconvenient prices in light of the high price of the dollar against the pound.

He asked for more facilities to be provided to Egyptians abroad to ensure their demand for purchasing land in light of the increased demand on resale ready units in areas located near Beit Al-Watan, especially in New Cairo and 6th of October City.

Amr Mohsen, the vice chairperson of the board of directors at Maxim Holding Group, expected Egyptian expats to be reluctant about the new offering of lands in Fifth Settlement if the pricing per square metre is more than $550.

He said that Egyptian expats would be more inclined to purchase units and lands at lower prices, such as those found in areas near the New Urban Communities Authority, especially in Al-Narges area, which overlooks Street 90, considered one of the best areas in Fifth Settlement.

He pointed out that the pound’s price against the dollar has declined since the authority’s last offering, which will lead to a decrease in unit prices in New Cairo, 6th of October City, and Madinaty compared to Home House lands.

He added that the lands allocated for Egyptian expats have less advantages when compared to other lands, despite the payment scheme offered by the Ministry of Housing, which allows customers to purchase lands with an advance payment of 25% and pay the remaining amount over a period of five years.

Osama Sobieh, sales director at New Homes real estate, said that a large number of Egyptian expats changed their mind about purchasing luxurious and resale units in new cities, in order to avoid operation costs and the continued increase in the price of building materials.

He added that a price increase in the next offering for the Beit Al-Watan project will not encourage Egyptians to purchase lands, especially in light of the increased demand on luxurious units in other residential complexes in distinctive areas with prices 30% lower than the ministry’s prices.

He explained that Egyptian expats are interested in purchasing lands in New Cairo, 6th of October City, and Madinaty in the Ministry of Housing’s offerings in order to invest and take advantage of the increase of the high price of the dollar against the pound.

Alaa Abdul Rahman, the chairperson of Al-Noor real estate company, expected prices of units and lands to increase over the next year under the Ministry of Housing’s continued policy—offering Beit Al-Watan lands at prices higher that the real value in order to collect dollars to increase the Central Bank of Egypt’s (CBE) foreign currency reserves.

He called on the New Urban Communities Authority to reduce the prices of units and lands to market prices, rather than acting out of a desire to achieve greater financial gains.

Abdul Rahman explained that the availability of individual lands offered for sale next to Beit Al-Watan project will lead to a lower demand on lands and units in Badr, New Cairo, and 6th of October City.

The Ministry of Housing should choose a convenient time and pricing scheme for Beit Al-Watan land in light of the decline in the value of salaries of Egyptian expats working in Gulf cities in the past period due to the global decline of oil prices.

In Cartoon: Can anyone stop the continuous rise in prices?