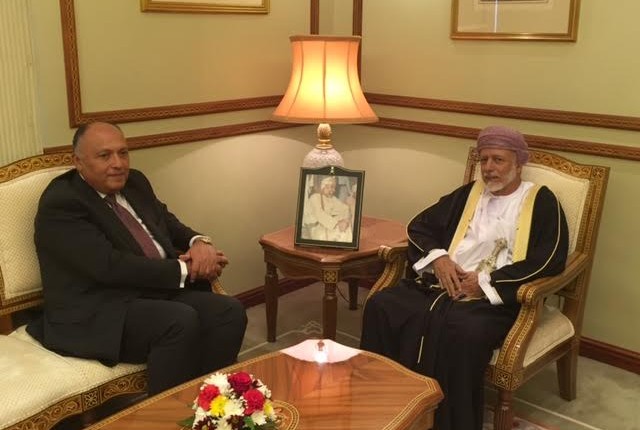 In a statement issued by the Foreign Ministry, official spokesperson Ahmed Abou Zaid said both foreign ministers discussed regional turmoil. Bin Alawi discussed the efforts of Oman to find a political solution to the current turmoil in Yemen.

Shoukry discussed Egypt’s efforts to help different factions in Libya reach political consensus and end the six-year turmoil. They also discussed the situation in Syria, and stressed the importance of the next Arab Summit to suggest different solutions that can be immediately applied.

On Sunday, Shoukry met with Congo’s foreign minister. The latter handed him an invitation for President Abdel Fattah Al-Sisi to attend the meeting of the African Union Committee on Libya that will be held on 25 January.

Shoukry stressed Egypt’s support to the political solution in Libya, and further demanded immediate actions be taken to reach political consensus and implement the Skhirat agreement that is backed by the United Nations. Shoukry also said that Egypt is ready to provide a proper environment for all political factions in Libya to reach a solution.

Congo’s foreign minister also praised Egypt’s role and efforts to help Libyans reach a solution to the turmoil they have been subject to for about six years.

Egypt has actively sought a solution to the Libyan turmoil and hosted several meetings of Libyan politicians from different factions and entities. Following the downfall of former Libyan president Muammar Ghaddafi, the turmoil has increased in Libya with militants taking over several areas in Libya.