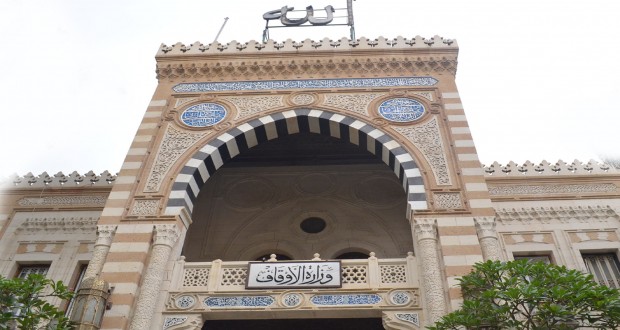 The Religious Endowments Ministry said on Sunday that the ministry will intensify its preaching objectives, targeting reshaping consciousness towards national loyalty, work motivation, and development.

Minster Mohamed Mokhtar Gomaa also vowed that employees who violate rules concerning national security will be banned from preaching and from leading people in prayers.

Gomaa added that anyone violating these rules could be arrested until investigations are concluded.

The minister also mentioned that part of the preaching plan is to reach out by proselytising through different channels, such as social media, television, and articles.

Last Friday, the religious institution finished preparing the Friday sermons for the upcoming five years, choosing 270 topics to be covered, of which 54 are scheduled for this year. The topics of the sermons will be decided on by members of a “committee established by the ministry with the participation of other highly-qualified professors specialised in religious science and psychology,” according to a statement.

The sermon plans will be submitted to President Abdel Fattah Al-Sisi once finalised, the statement said. The ministry added that the main subjects of the sermons will focus on morals, patriotism, countering terrorism and extremism, production, youth, women, and education.

However on Monday, Gomaa said that the sermons will not fail or fall short of addressing current affairs and emergencies.

Recently, Al-Sisi delivered a speech commemorating the birthday of Prophet Muhammad. In his speech, the president agreed with the minister of religious endowments, who had previously said Egypt needs such a committee. Al-Sisi said that the committee should be composed of scholars of religion, psychology, and sociology.

Since September 2013, the ministry has launched a number of guidelines that aim to limit “radical preaching” in mosques and to crackdown on Muslim Brotherhood rhetoric, which often relied on public mobilisation through sermons delivered at mosques during Friday prayers.