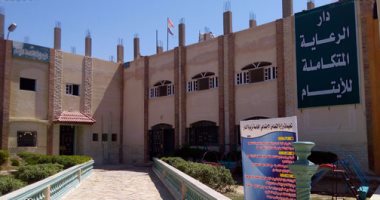 The child said that he was screaming because he thought the water was cold, and that it was indeed cold at the beginning but then turned warm

The New Cairo Prosecution reportedly ordered on Monday the release of Dar Al-Orman employee pending investigations. The employee is facing charges of using force against a child.

The employee was referred to prosecution after footage circulated on social media which had recorded the voice of a screaming child asking not to be bathed in cold water. The video was filmed by one of the residents in the neighbourhood.

Following the incident, Minister of Social Solidarity Ghada Waly said that the Fifth Settlement branch of the orphanage was closed and the children were transferred to other branches until investigations were concluded.

Dar Al-Orman, the largest charity group in Egypt, issued a statement following the incident, saying that the employee was newly-hired and that they will fully cooperate with the Social Solidarity Ministry and prosecution in the investigations. The statement continued that the group also thanked the girl who filmed the footage as they care about providing a safe environment to children.

Several orphanages were closed in Egypt over the past few months after reported torture and abuse cases surfaced.