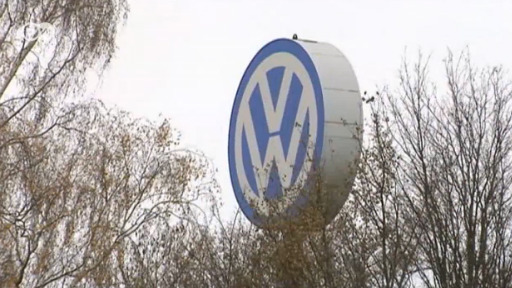 Last year, VW notched up global sales of more than 10.3 million vehicles, it said, slightly above Toyota’s forecast for the year released last month. The German company’s results were buoyed by a strong performance in December, with deliveries rising by 11.8 percent to 933,300 vehicles.

VW achieved the goal despite continuing fallout from the Dieselgate emissions-cheating scandal. The company sold millions of diesel-powered cars equipped with software that drastically reduces emissions below real-world levels if it detects testing conditions.

“We made strides in resolving and overcoming the diesel crisis,” CEO Matthias Müller said. “The fact that we handed over more than 10 million vehicles to customers last year bolsters the Group and its brands as we head for the future.”

Booming business in Asia, and especially the key Chinese market, helped overcome weakness in South America, where sales were down nearly 25 percent. But sales grew in both Europe and North America, the markets probably where the scandal had the greatest impact.

But a new twist emerged in the Dieselgate scandal on Tuesday. Germany’s “Süddeutsche Zeitung” daily said it had obtained information that a key witness in the US investigation, a former VW executive, had accused the company’s leadership of complicity.

He said top management did nothing to inform authorities in the US once they learned about the emissions manipulation and had allowed it to continue for several weeks.

The accusations are repeated in criminal charges filed against VW’s former head of compliance, who wasarrestedby the FBI in Florida over the weekend, reportedly while he was on vacation. The man did not enter a plea and was ordered held until a hearing on Thursday.

The paper said at least another five executives were willing to come forward to corroborate the account, two of whom were willing to point the finger at former CEO Martin Winterkorn and current board member Herbert Diess.

These developments could complicate a meeting of Volkswagen’s supervisory board reportedly planned for Wednesday. Sources say the members are set to approveapprove a civil and criminal settlementwith the US Justice Department that would include a guilty plea for its conduct and a penalty of $4.3 billion.

Dieselgate is expected to become the most expensive scandal in the history of the automotive industry.