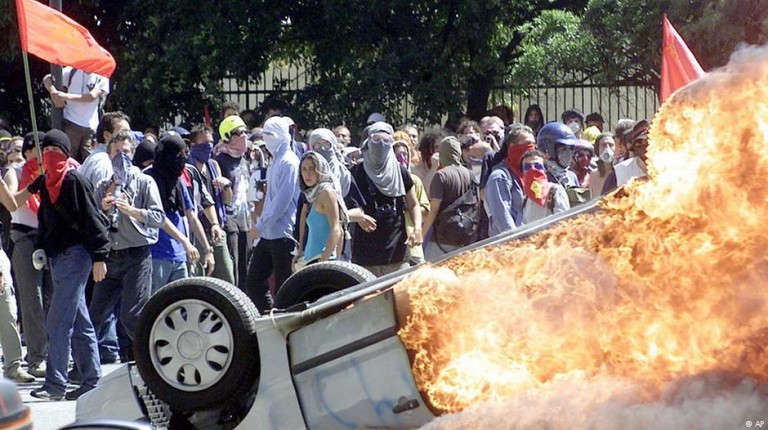 Populism and increasingly divided societies top the list of global risks compiled in a report ahead of the World Economic Forum in Davos, Switzerland, in mid-January as an anti-establishment backlash is in full swing.Rising populism amid deep public disenchantment with globalization is seen as a major threat to global developments in a report issued ahead of the World Economic Forum’s 2017 gathering in Davos from January 17-20.

With Donald Trump’s election in the US and Britain’s vote to leave the European Union, WEF participants have to face up to different realities. New threats may come later this year with elections results in the Netherlands, France, Italy and Germany expected to see societies drifting to the right and offering scope for an increased anti-establishment backlash.

The report highlighted rising income and wealth disparity as the trend most likely to determine global developments over the next decade. It said that while the world economy was forecast to keep growing, protectionism presented a mounting long-term risk.

Other dangers had not gone away, WEF officials noted, with climate concerns moving up the agenda as Trump’s arrival as president might thwart earlier plans to curb carbon emissions.

“Many of these risks have been highlighted in past reports, except now they’re moving in the direction of having a higher impact,” one of the report’s authors, Cecilia Reyes, said in a statement.

One more risk in the spotlight was the rise of robots and the threat posed to jobs. The report named artificial intelligence and robotics as the technologies with the greatest potential for both positive and negative consequences, including exacerbating the threat posed by hacking.

The authors said that without effective governance and retraining of workers, technology might destroy a lot more jobs than it created at a time when cash-strapped governments could no longer afford earlier levels of welfare.