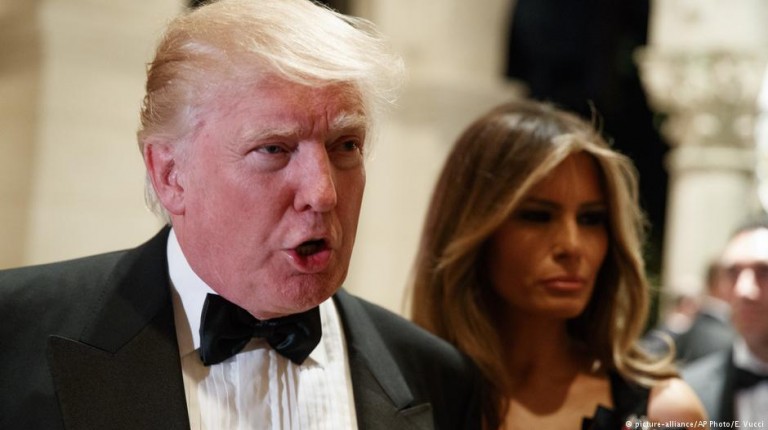 Donald Trump is a big celebrity himself, but he’s having a hard time finding stars for his inauguration. His team is now planning a “poetic” event – but the brash-styled president-elect still strives for star approval.Among the abundant random tweets written by the incoming US President, many of them could have very real political or financial consequences, which is why the media feels required to report on them.

Some of his other rants, such as when he reacted to Meryl Streep’s criticism at the Golden Globes, are rather inconsequential, but they are widely covered as well, since they demonstrate how Donald Trump ticks and what’s on his mind.

As a narcissist, Trump likes to be seen with stars, and one of the first artists he invited over to Trump Tower after his election was the publicity-obsessed rapper Kanye West, whom he calls “a friend.”

However, despite his power and own stardom, not many celebrities are willing to stand by him on Inauguration Day.

His inaugural team is trying to tone down the fact that barely any high-profile celebrity would dare perform for Trump’s inaugural show. Many of them have publicly refused, and now Trump’s planning team has decided on a change of strategy.

Tom Barrack, the president-elect’s top inauguration planner, said on Tuesday that Trump’s inauguration will be have “a much more poetic cadence than having a circus-like celebration,” according to news agency AFP. “The cadence of it is going to be ‘let me get back to work.'”

The expression made social media users cringe, with memes going around under the hashtag #softsensuality.

In fact, the team has been trying hard enough, but top stars just won’t join in.

In some cases, the inauguration planners seem to have been in such a hurry to send out their invitations that they forgot to previously check who they were asking, as Welsh singer Charlotte Church directly pointed out in this tweet:

Trump has tried to conceal his disappointment that the top stars of the world simply do not want to be part of his club:

Such tweets are just another demonstration that these celebrities’ boycott is affecting him more than he’d like to admit.

The gallery above shows some of his latest contradictory remarks on stars like Meryl Streep, Kanye West and Arnold Schwarzenegger.