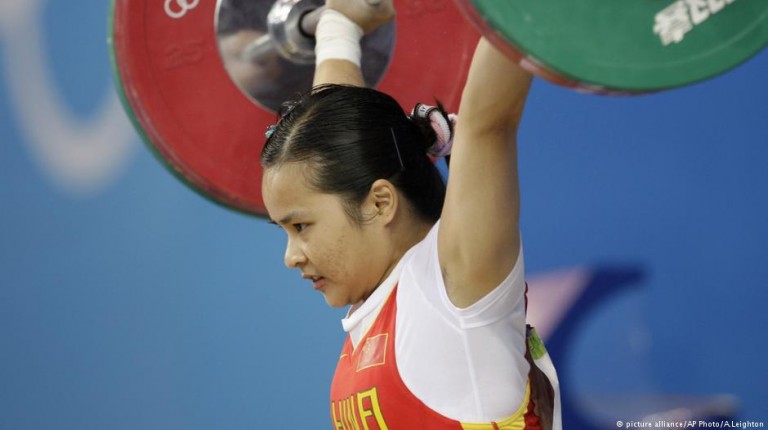 Following re-tests of samples from the Beijing Olympics in 2008, three Chinese athletes have been stripped of their Olympic gold medals by the IOC. The decision casts serious doubt over the country’s future in the sport.The International Olympic Committee (IOC) announced on Thursday that it had disqualified weightlifting gold medallists Cao Lei (75kg), Chen Xiexia (48 kg, pictured top) and Liu Chunhong (69kg) from the Beijing Games after they tested positive for prohibited substances.

The organization also disqualified five more competitors from both the Beijing and London 2012 Olympics, including Nadzeya Ostapchuk, of Belarus, third in the women’s shot put competition in Beijing, whose sample was positive for anabolic steroids.

This comes after the International Weightlifting Federation said in 2016 that nations with three or more failed drug tests from the 2008 and 2012 Games would be banned from international competitions for a year.

Re-tests from the two Games have so far turned up 101 doping athletes. While Russia is the nation with the most cases, weightlifting is the sport with the most, racking up 38 separate cases.