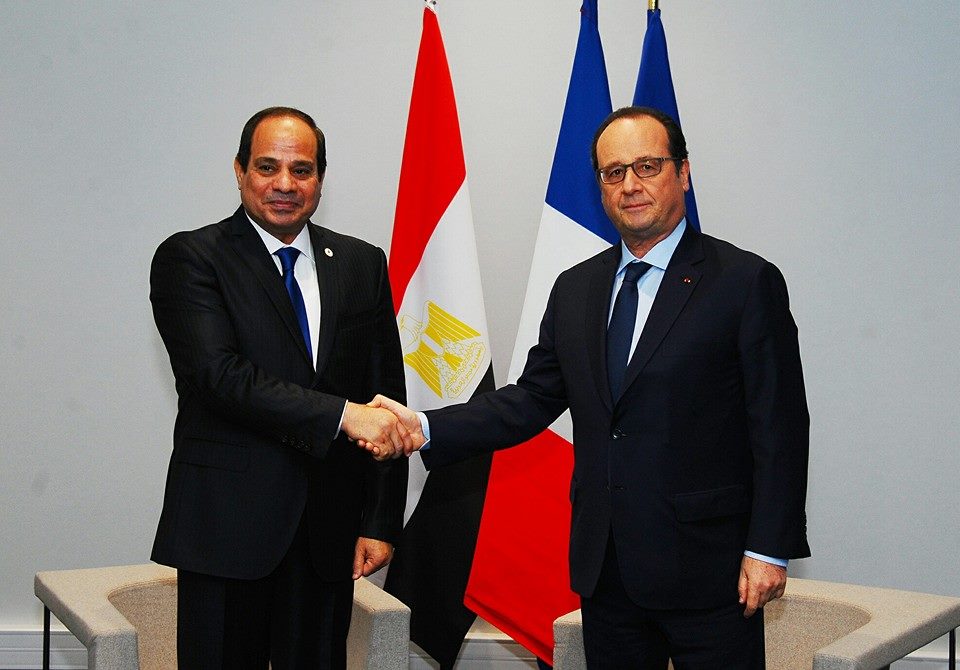 Hollande expressed his country’s appreciation for delivering the remains of the French passengers, who died in the EgyptAir aeroplane crash, to their families.

“The French president lauded ongoing cooperation at the level of experts. He also commended the significant improvement in Egyptian-French relations at all levels and stressed the importance of continuing coordination and consultation between the two countries on regional and international issues of mutual concern,” the statement read.

For his part, Al-Sisi stressed the need to continue coordination between the two countries to push ahead with international efforts aimed at reaching political settlements to the crises in a number of countries in the region.

The two presidents discussed a number of regional and international issues, including the situation in Libya and ways to promote efforts to restore stability in Libya.