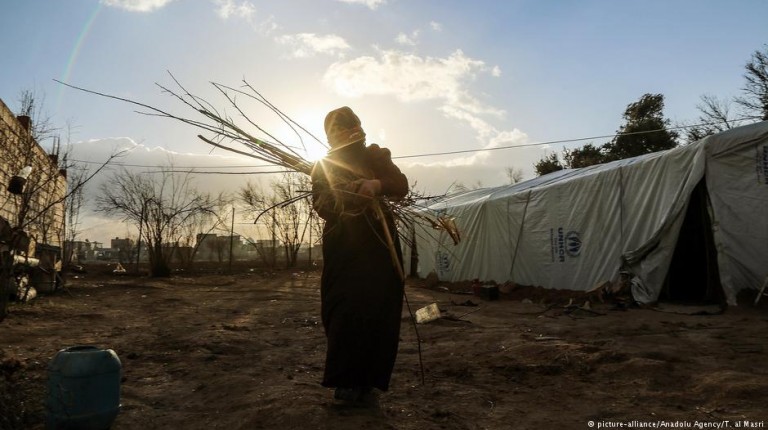 Regime forces have launched an offensive to retake water sources near Damascus, independent monitors have reported. But the UN cautioned warring parties of escalating the situation as a ceasefire holds across the nation.The UN envoy for Syria, Staffan de Mistura, on Thursday said a nationwide ceasefire was “largely holding with some exceptions” as independent war monitors reported airstrikes near Damascus.

The UK-based Syrian Observatory for Human Rights said regime forces stepped up a campaign to wrestle Wadi Barada on the outskirts of Damascus from rebel control.

The monitor reported an increase in airstrikes and shelling in the area, where water pumping facilities serving more than 5 million people in Damascus have been damaged by renewed violence.

De Mistura told reporters in Geneva that five villages in Wadi Barada reached an “agreement” with the government but two others failed to do so.

“There is a danger, a substantial danger, (an) imminent danger that this may develop into further military escalation,” he added.

The UN envoy added that armed groups in the Idlib province have blocked 23 buses and Syrian drivers from leaving the area to deliver humanitarian aid.

“These are not UN officials. These are Syrian buses with Syrian drivers. And that is not to happen because this complicates then tit-for-tat approaches,” he added.

While peace talks brokered by Russia and Turkey are scheduled for later this month in the Kazakh capital, Astana, de Mistura said the UN has not yet been invited.

‘Use of chemical weapons’

Meanwhile, the United States on Thursday announced sanctions against 18 senior Syrian military officers and officials over the use of chemical weapons in the civil conflict.

The UN and Organization for the Prohibition of Chemical Weapons (OPCW), in a joint inquiry, found that Syrian government forces had used chlorine gas attacks at least three times since 2013.

“We condemn in the strongest possible terms the Syrian regime’s use of chemical weapons,” said Ned Price, a spokesman for the White House’s National Security Council.

Damascus has denied using chemical weapons while combating opposition forces in the country.

More than 300,000 people have been killed and half the population displaced since the conflict erupted in 2011 when government forces launched a brutal crackdown on peaceful protesters calling for Syrian President Bashar al-Assad to step down.