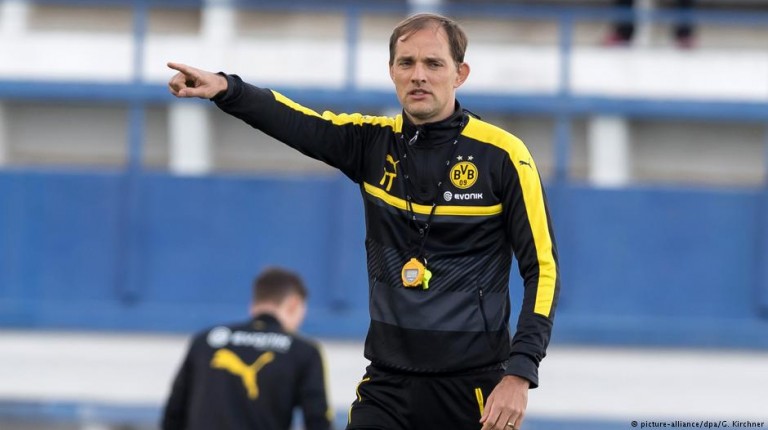 Dortmund had hoped a winter training camp would put their injury woes behind them. However, as they return from Spain with a host of key men missing, Thomas Tuchel has little idea of how next weekend’s team will look.Thomas Tuchel and his men traveled to their camp in Marbella more than a week ago in a much more upbeat mood than they departed from it on Friday.

“It would be presumptuous to say everything will turn out well,” Tuchel conceded shortly before the team made their way to the airport. “We have a lot of injuries, often to the same players.”

A total of eight first team players were not available for Dortmund’s final friendly on the Costa del Sol, a 3-0 win over Standard Liege on Thursday evening. To make matters worse, Sokratis Papastathopoulos was forced off.

“I’m afraid it may be an old problem with his ankle,” Tuchel lamented, before saying that the diagnosis indicated that the defender should be able to return to training next week.

Reus injury ‘came out of nowhere’

Tuchel’s biggest worry, though is the latest injury to Marco Reus, who hasn’t been able to train with the team since last Saturday’s 4-1 win over PSV Eindhoven. Tuchel told reporters Reus’ back-muscle injury “came out of nowhere.”

“Actually, he was completely fit, and stable like never before,” the Dortmund coach said. However, the national team winger, who missed both the 2014 World Cup and last summer’s European championship due to injuries, is also expected to be able to resume training in the next few days. Reus has played just 241 Bundesliga minutes this season.

Among the others who are doubtful for Dortmund’s first Bundesliga match of 2017 is Ousmane Dembele, who is suffering from a hip problem.

The fact that the Bundesliga’s leading scorer, Pierre-Emerick Aubameyang won’t be available next Saturday – as he is off playing for host nation Gabon in the Africa Cup of Nations – also won’t help Tuchel’s cause. Adding to the pressure on the coach is the fact that, despite the mounting injuries, Dortmund’s chairman is demanding nothing short of a third-place finish for BVB.

“After a six-month transition phase for all involved, I expected us to directly qualify for the group stage of the Champions League,” said Hans-Joachim Watzke in a report published in Friday’s edition of the mass-circulation daily “Bild.”

Tuchel also used his scrum with reporters in Marbella to clear up the captaincy question that has arisen in recent weeks.

“Marcel Schmelzer is and remains our captain,” the coach said. “We all agree that ‘Schmelle’ has been a great captain so far and will continue to be.”