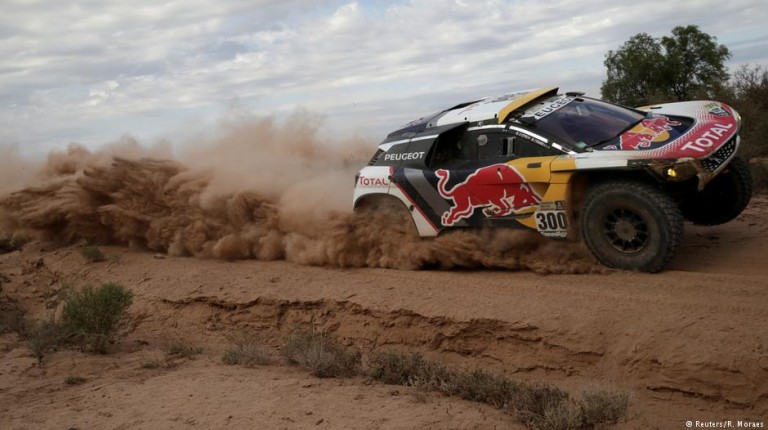 A narrow win in stage 11 is unlikely to be enough to keep Sebastien Loeb’s Dakar hopes alive. His Peugeot teammate Stephane Peterhansel came second on Friday and has a healthy overall lead.Loeb finished the 292km course in 3hrs, 21mins and 15sec, 18 seconds faster than his fellow Frenchman, narrowing the overall gap marginally to 5min 32secs.

But with a short 64km stage, generally regarded as a formality, to finish this year’s event on Saturday, Peterhansel, known as Mr Dakar, looks set to win his sixth Dakar title in a car and 13th overall.

Loeb started three minutes behind his rival on the road and make significant ground early on but Peterhansel fought back late in the stage to put himself in a strong position.

The 51-year-old’s first Dakar title came on a Yamaha motorbike in 1991. He’s won in a car in three of the last five years, including a debut win with Peugeot in 2016.

As was the case in stage 10 on Friday, another Peugeot driver, Cyril Despres, came in third in stage 11. It’s a position he’s almost certain to stay in when the final standings are announced.

The French team have been utterly dominant in this year’s edition, with Saturday’s race the fourth time they have completed a clean sweep of the podium.