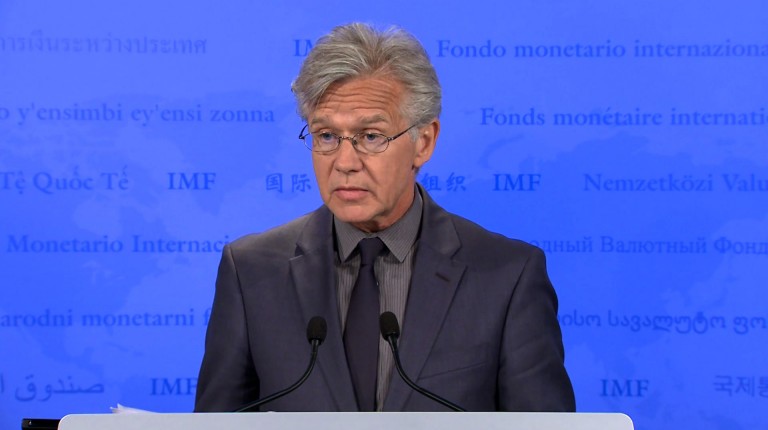 The Egyptian government reached a final understanding with the executive board of the International Monetary Fund (IMF), which allows the management of the fund to publish the details of Egypt’s pledges to obtain the $12bn loan.

Director of the IMF Communications Department Gerry Rice said during a press conference on Thursday that the details are expected to be published next week, and that the Egyptian government has approved publishing the report.

Egypt had obtained the agreement of the IMF’s executive board to obtain a loan worth $12bn, divided into four tranche, as each year a tranche of $4bn is delivered. Egypt has obtained $2.75bn, with $1.25bn remaining, and expected to be received within a few months.

Gerry did not comment on the reasons of delaying the publication of the report until now, stressing that it will be published next week.

The IMF stressed three months ago that it will publish documents to lend Egypt $12bn within two weeks; however, they were not published until now. Two weeks ago, the fund stressed publishing the report within a few days.

According to Finance Minister Amr El Garhy in a press conference on Saturday, the reforms agreed upon by the government with the IMF will be presented to parliament based on constitutional procedures as “the government has nothing to hide”.

“Openness is a pillar of the government’s policies.  You cannot demand support from the public without being honest with them about facts,” he added.

According to a government source, there was no deal with the IMF not to announce the details of lending Egypt $12bn; however, there was coordination between the government and the IMF about the time of announcing the loan, and the fund “cannot be obliged to do something,” he added, noting that the government has sent its final approval two weeks ago with final modifications being very simple.

The loan documents published by the IMF are supposed to include the letter of intent which stresses the government’s commitment to the economic and financial policies and aims agreed upon with the fund, in addition to the detailed memorandum of financial and economic policies, and the signed memorandum of understanding.

According to government sources, a technical delegation from the IMF will be visiting Cairo this week in order to keep an eye on the implementation of the economic reform programme, especially after the application of the value-added tax (VAT), in addition to the development of tax examination mechanisms to increase tax revenues.

The sources went on to explain that it is decided to hold meetings with the delegation from the IMF this week in the presence of a number of leaders of the Egyptian Tax Authority in order to look into technical consultations after the application of the VAT Law, as well as improving the examination mechanisms.

The sources added that total tax revenues during the first half of fiscal year 2016/2017 reached EGP 152bn, not including the settlement of the General Petroleum Corporation.

The sources noted that the finance minister is holding a meeting in the presidency institution on Saturday to present the economic reform programme agreed upon with the IMF before it is published by the fund and presented to the parliament, as per the Constitution.

The sources added that there is no delay in announcing the details of the loan with the IMF; however, there were consultations with the fund to publish the details throughout phases.

Loan conditions do not include increasing customs tariffs: IMF