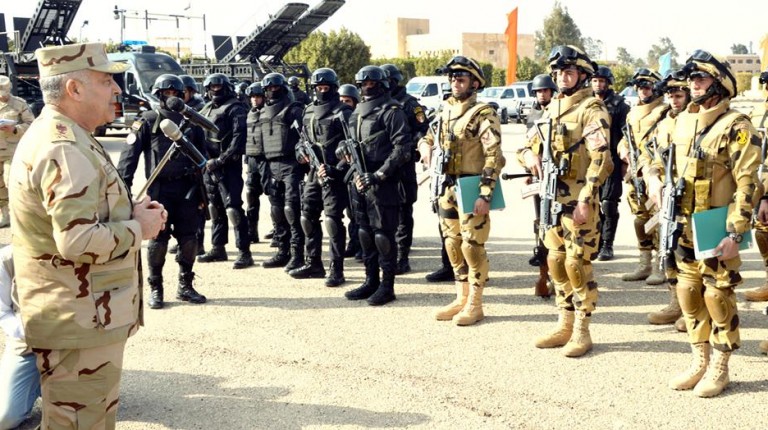 Army chief of staff Mahmoud Hegazy attended on Sunday a number of training sessions held by the army special forces, known as the sa’ka forces. His attendance was meant as part of the monitoring of the combat readiness of troops, the army’s spokesperson said in a statement on Facebook.

According to the statement, the army chief of staff inspected the latest fighting equipment provided to the forces which facilitate the execution of missions with precise accuracy and professionalism.

“The army chief of staff asked a number of the special forces soldiers to carry out several unplanned missions and discussed with officers the modality through which they carry out these missions. Moreover, the trainings included the detonation of improvised explosive devices with the use of modern detonation devices,” the statement read.

Meanwhile, the forces executed a practical training on first aid and rescue operations that have been carried out with the use of the latest medical instruments that are usually used to provide first aid for injured people before evacuating them to hospitals.