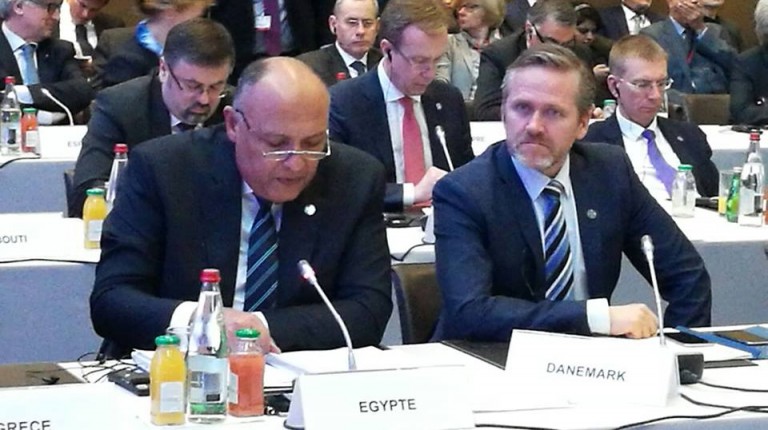 Foreign Minister Sameh Shoukry claimed on Sunday that not reaching a solution to the Palestinian conflict is a key reason behind all the upheaval in the Middle East, according to a statement issued by the Foreign Ministry.

During his speech at the Middle East peace conference on Sunday in the French capital of Paris, Shoukry said that the unsolved Palestinian-Israeli conflict will hinder the achievement of peace and stability in the Middle East.

Shoukry added that the conference that brought about 70 countries and international organisations together is not aimed at making decisions on behalf of the Palestinian or Israeli sides, but rather to stress the importance of seeking a settlement to the dispute and providing a suitable atmosphere for reviving peace negotiations.

The foreign minister flew to Paris on Saturday to attend the conference that was called for by France in June 2016. All participating states support a two-state solution. Palestine has welcomed the initiative; however, Israel said that this conference is “futile” and “rigged”. Both countries did not send representatives to the conference.

In December 2016, the United Nations security council adopted a resolution that reaffirms the illegality of Israeli settlements built within occupied Palestinian territories. The resolution, which was not vetoed by the US, was severely criticised by Israel.