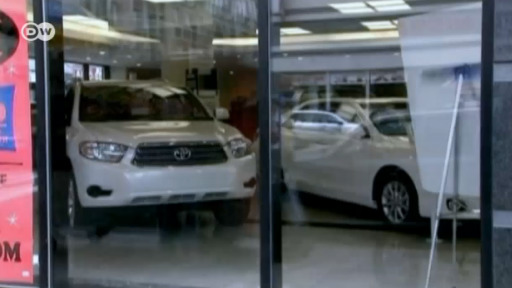 Asian shares were mostly lower on Monday. A settlement between auto parts supplier Takata and US authorities took its toll on trading on the Tokyo Stock Exchange, with Japanese carmakers taking a hit.Japanese shares dipped in trading on Monday as Takata was hit by the firm’s agreement in the US to plead guilty to fraud and pay $1 billion (940 million euros) to settle its deadly airbag scandal.

US officials had confirmed that Takata, one of the world’s largest suppliers of auto safety equipment, had agreed to the settlement over a defect in its inflators which led to the recall of more tan 100 million airbags globally.

The US also indicted three former Takata employees, bringing the first criminal charges in a scandal over exploding airbags that caused the auto industry’s biggest recall. The individuals, who left the company in 2015, were charged with fraud for hiding the flaws in the airbags so far blamed for 16 deaths and 100 injuries worldwide.

Not out of the woods yet

“The agreement is one of the steps forward, but our concern is still big given the company hasn’t shown when and how it would revive,” SBI Securities senior research fellow Koji Endo said in a statement.

The volatile Takata stock dropped almost 10 percent on Monday after soaring on Friday ahead of the expected announcement of its deal with the US.

Japanese carmakers were hit by the settlement between the US and Takata. Toyota’s stock was down about 1 percent on the Tokyo Stock Exchange on Monday, with Honda and Nissan also in negative territory.

Japan’s benchmark Nikkei 225 lost about 1 percent, so did Hong Kong’s Hang Seng, while the Shanghai Composite dropped by 0.6 percent.

No end to Takata stock freefall