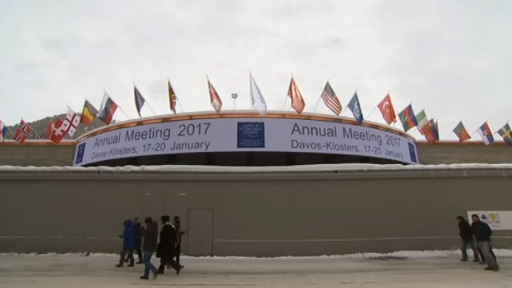 50 young people – all under the age of 30 – have been invited to this year’s World Economic Forum. They want to make an impact and be disruptive.His turban is bright blue. Maninder Singh Bajwa sits in a restaurant in Davos, 1800 meters high, up in the Swiss Alps. Next to him are young participants from the Philippines, Russia, China and Rwanda. It’s the kick-off to a strenuous week at the World Economic Forum.

The snow is glistening outside. Maninder is beaming. “Somehow, I feel like Shah Rukh Khan, the great Indian actor,” he laughs. “It’s like a fairy tale.”

But then the young man from India turns serious. “We cannot accept things as they are. We need change. We don’t want to be the forgotten demographic anymore.”

‘We are young, they are not’

The young entrepreneur has created a digital educational network in his home country. It provides extensive educational material for teachers and students in five local Indian languages. His company is called Esperanza Innovations. The idea is to reach children and youngsters in the countryside, where educational opportunities are often limited.

“Modern technologies can help us bring change,” Maninder says. He is already working on using augmented reality. In Davos he wants to discuss “education for everyone” and also find supporters among the big companies.

“You know, we have to live with the decisions the people here make for 60 or 70 years because we are young and they are not. So let’s help them make the right decisions,” he says confidently.

The restaurant has become noisy. The discussions are lively. There’s a lot of laughter but the conversation is political as well. A young woman from Rwanda is quoting a poem on “change” and says how proud she is to be here. Others are speculating on the possible ramifications of Donald Trump’s presidency.

“He is a good businessman but he divides our society. That worries me,” says Greg Nance, a 28-year-old American. His company – Dyad.com – has developed a platform that helps students with the admissions process at universities. More than 10 million of them have already used it, he says.

At the World Economic Forum he wants to talk to CEOs and representatives from NGOs to see how he can develop his company further. At the same time, he wants to point out how young people can be reached. “Use modern technology, it can help bridge the gap,” he says.

Nance is a passionate athlete. He ran 250 kilometers across the Gobi Desert, sometimes in brutal heat. Now he is training for admission to a very special competition: seven marathons on seven continents in seven days.

He also sees the invitation to Davos as an obligation. Nance is a member of the so-called “Global Shapers,” a network of young people that was founded within the World Economic Forum. This year, 50 young “Shapers” from 20 different cities were invited to Davos.

Eva-Maria Olbers is currently working on a project called “Bridge to Afghanistan.” Its goal is to support young students in Kabul with their studies, both with regards to content and logistically.

Petri Vilen couldn’t agree more. At home in Finland he runs a company with the surprising name “Industryhack.” It brings together hackers and businesses so that they can reinvent the rules of business together. For him, commitment not just to his business but also societal issues is a given.

But he is concerned about the speed of many technological developments: “The accelerating pace of development in automation, AI and other fields of tech is having a huge impact on how we relate to work, which has been the key identity for people for centuries. Without considering this and taking action, we will leave a lot of people behind and cause lots of unrest.”

The schedules of the young people at the World Economic Forum during the next few days are at least as packed as those of the CEOs and ministers. “I hope that we as millennials will have a strong voice,” Olbers says quickly, before she runs off to her next appointment.