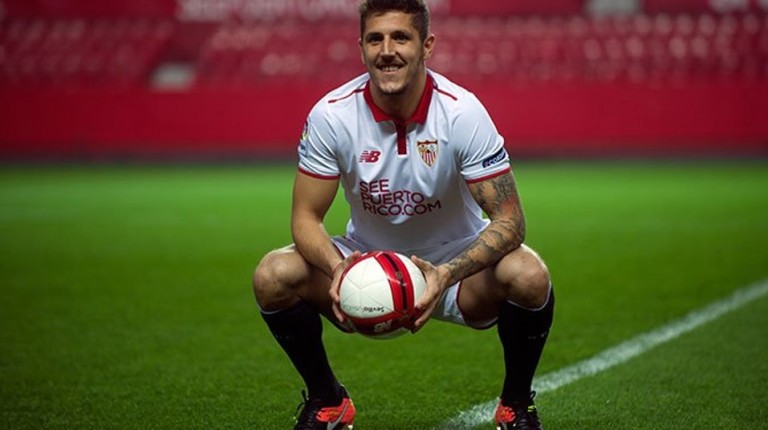 The result remained all nil for the whole match, until Real Madrid’s Cristiano Ronaldo scored a goal in minute 67, bringing the score to 1-0.

In minute 85, Real Madrid’s Sergio Ramos scored an own goal by mistake, as the result went to 1-1.

Sevilla’s Stevan Jovetić surprised the crowd, by scoring a goal in minute 92, ending the match in Sevilla’s favour.

Real Madrid had not lost the last 40 matches it played, until Sevilla came and broke its streak.

Jovetić’s goal is a very significant one as he was recently loaned to the Spanish team of Sevilla. Montenegrin Jovetić has been playing for the Italian club of Internazionale.