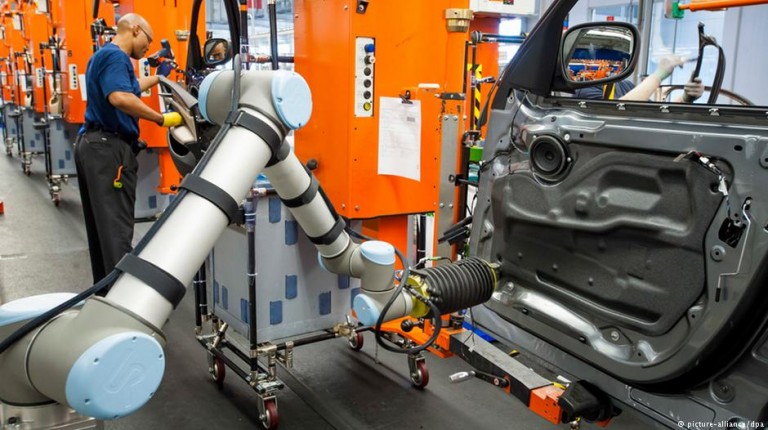 “You can build cars for the US, but for every car that comes to the US, you will pay 35 percent tax,” Trump added, while referring to a BMW production facility in Mexico.

The Munich-based carmaker responded that it was “very much at home in the US,” indicating that such punitive tariffs on imported cars would be unjustified as BMW directly and indirectly employed nearly 70,000 people in the US.

The automaker said a BMW plant in San Luis Potosi in Mexico would build the BMW 3 Series starting from 2019, with the output intended for the world market. The Mexican factory would be an addition to existing 3 Series production facilities in Germany and China, it noted.

The president of the German Association of the Automotive Industry (VDA), Matthias Wissmann, said Monday Trump’s statements were being taken seriously. “But it still remains to be seen how the future US administration will implement such announcements,” Wissmann argued.

I think there will be massive resistance to such punitive tariffs in Congress as investment decisions in the car industry need long-term planning and cannot be thrown overboard just like that.”

Wissmann warned against “a gobal trend toward more protectionism,” saying that despite possible short-term gains, all nations stood to get harmed in the long run as a result of such policies.

The chairman of the German parliament’s foreign policy committee, Norbert Röttgen, told public broadcaster Deutschlandfunk that it would not be easy for the US to impose punitive tariffs on imported cars.

“The US is a signatory to a number of relevant economic treaties, it’s part of the World Trade Organization,” he said. “You cannot do everything just by decree as you have to honor your own commitments.”

Responding to Donald Trump’s threat of hefty import tariffs on German cars for the US market, German Economics Minister Sigmar Gabriel said there was no reason to over-react.

“I can only say one shouldn’t get hectic in the face of such remarks, let’s wait and see what will happen,” he said. He added that Germany was a strong country and needed to act in a confident manner.

Gabriel said the US auto industry would become “worse, weaker and more expensive,” should punitive tariffs be imposed. The negative impact would be even bigger, if such tariffs affected parts suppliers too.

Trump has also criticized that Germans were not buying Chevrolets at the same rate Americans were buying German cars, saying there was no reciprocity. The German economics minister replied that for this to happen the US would first have to make better cars.