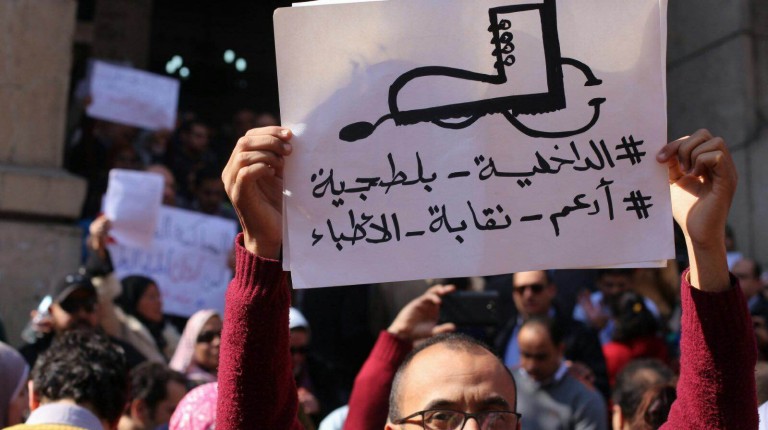 The recent sentence is a reduction of a previous three-year prison sentence, issued against nine police conscripts initially indicted in the case last September.

Sayeda Kandil, the lawyer representing the doctors that were assaulted, had previously told Daily News Egypt that at the start of the investigations, the defendants were briefly detained overnight. Since then, they have been on the loose and their lawyers attended most sessions on their behalf. She had accused the Ministry of Interior of neglecting to execute court orders.

The case began when two doctors at the Matariya Teaching hospital were assaulted and detained following a misunderstanding with an injured police conscript.

The conscript had been injured in a security chase and a quarrel erupted between him and the doctors over his medical treatment. The dispute escalated when the conscript and his colleague called in other colleagues from the Matariya police station, who assaulted, injured, and unlawfully detained the doctors, according to prosecution investigations.

The incident had sparked the gathering of more than 10,000 doctors at the headquarters of their syndicate on 12 February, denouncing police brutality.

For their part, the conscripts had accused the doctors of assaulting them after undermining their injured colleague’s medical treatment, but no charges were ever filed against the doctors.